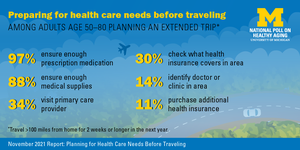 Nearly one in three older adults plans a long trip far from home in the next year, and many look forward to holiday travel in the next two months, a new poll finds. But among those planning an extended getaway, many said they would consider local COVID-19 case rates at their destination, and potentially change their travel plans if rates spiked there. 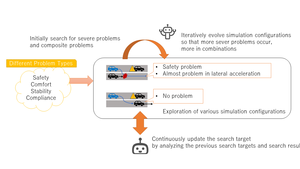 The research team at NII, Japan developed an automated technique to efficiently search for simulation configurations that lead to severe situations in automated driving systems. The proposed technique excludes unlikely problems in each specific scenario, such as overtaking and right turn, during iterations of searching for severe problems. The technique can thus efficiently discover situations in which severe problems occur, such as simultaneous occurrence of high acceleration and high amounts of steering operation. 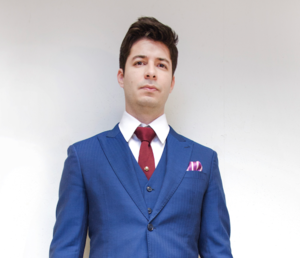 Carlos Ivan Vargas Alvarez del Castillo from the School of Governance, Law and Society defended the doctoral thesis "Actor-Network Theory as a Theoretical and Methodological Resource for the Analysis of e-Government Projects: The cases of e-Estonia and e-Residency". 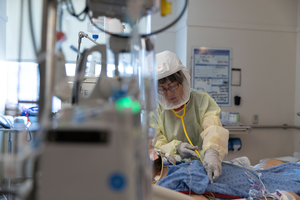 New study from researchers at Intermountain Healthcare in Salt Lake City finds that patients with atrial fibrillation, the most common type of heart arrhythmia in adults, are at significantly higher risk to experience serious complications from COVID-19 illness. 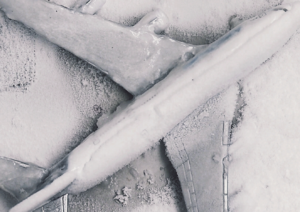 Research presented by scientists from the University of Illinois Chicago at the 74th Annual Meeting of the APS Division of Fluid Dynamics shows that with new techniques, it is possible to create materials that not only keep harmful materials like disease causing bacteria and frost off industrial surfaces, but also make accumulation of these materials (if it all) easier to shed.

The Narragansett Bay, which covers almost 150 square miles along the coast of Rhode Island and Massachusetts, is New England’s largest estuary, and it is under threat from both changing patterns of land use in New England and global climate change. Recently, researchers at the University of Massachusetts Amherst published the results of a new study that connects land use, the coast and the climate, to identify various workable interventions that could guide the Bay’s restoration.

Journal
Science of The Total Environment

An interdisciplinary panel of infectious disease clinicians and public health experts led by the Center for Disease Dynamics, Economics & Policy (CDDEP) and the Africa Centres for Disease Control and Prevention (CDC) have released a first edition of the African Antibiotic Treatment Guidelines for Common Bacterial Infections and Syndromes. 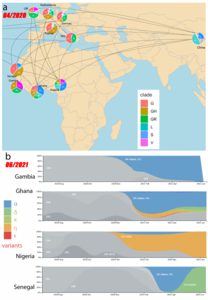 At the onset of the SARS-CoV-2 pandemic, fears emerged that it would overwhelm the weak health systems in many African countries. However, it turned out that Europe and America had much higher incidences and fatality rates compared to Africa. Reasons for this may lie in the relatively young populations, previous viral infections and the warm climate. Nevertheless, SARS-CoV-2 affected all African countries and thus initiatives for a global distribution of vaccines were initiated. The genomes of viral isolates are continuously sequenced in most countries. The DNA sequences can be subjected to phylogenetic analysis to identify the origins of viral variants and to monitor the development and distribution of new variants which may be milder or in the worst case more deadly. Researchers from Heinrich-Heine University Düsseldorf have now unveiled distinct patterns of SARS-CoV-2 variants in a phylogenetic analysis of viral sequences from the West African countries- Gambia, Ghana, Nigeria and Senegal. Prof. Dr. James Adjaye is the senior author of the study, published in Scientific Reports1. Bioinformatician Wasco Wruck is the first author of the paper. 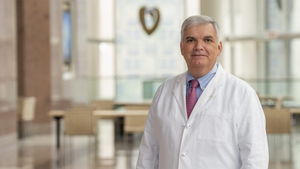 The federal Affordable Care Act was not robust enough on its own to stave off a large number of people in New York from losing their health coverage during the pandemic-related recession, according to a new report. But temporary policies adopted to help people keep their insurance during the crisis – if made permanent -- could help disaster-proof insurance markets during future recessions.

More people with advanced melanoma survive for two years or more when they receive a combination of two immunotherapy drugs given before a combination of two targeted therapies, if needed, compared to people who start treatment with targeted therapies. The finding comes from a clinical trial that was stopped early because definitive results became apparent sooner than expected. It provides strong evidence for how best to treat patients with melanoma that has a specific mutation: immunotherapy is the better initial approach even for people whose tumors have a mutation that could be treated by targeted therapies.