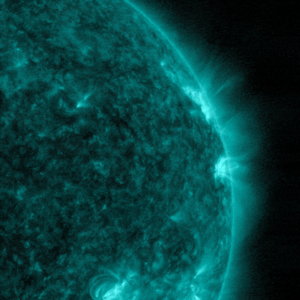 The Sun emitted a mid-level solar flare on Jan. 20, 2022, peaking at 1:01 a.m. EST. NASA’s Solar Dynamics Observatory, which watches the Sun constantly, captured an image of the event.

Having been shocked himself when witnessing the extreme brutality of vigilante violence, sociologist Muhammad Asif decided to study why people take the law into their own hands. His work culminated in a new theory of the causes underpinning vigilante violence, which combines various explanatory factors, such as distrust of the state or the police, and strong emotional reactions to violations of moral values. Asif’s study took place in Pakistan, but his insights are also relevant to other cases of collective violence around the globe. He will defend his PhD thesis on Wednesday, 2 February, at the University of Amsterdam.

Although SARS-CoV-2 is most often regarded as a respiratory virus, acute infection can also affect many different organ systems, including the brain, resulting in a wide range of neurological complications with long-lasting impacts. In a Perspective, Serena Spudich and Avindra Nath discuss the neurological symptoms that accompany COVID-19 and the possible mechanisms that cause them. “With millions of individuals affected, nervous system complications pose public health challenges for rehabilitation and recovery and for disruptions in the workforce due to loss of functional capacity,” write Spudich and Nath. “There is an urgent need to understand the pathophysiology of these disorders and develop disease-modifying therapies.” As the pandemic continues, the neurological complications of COVID-19 are becoming more prominent. They can include confusion, stroke, neuromuscular disorders, depression, sensory disturbances and even psychosis, many of which persist months after infection. What’s more, some evidence suggests that COVID-19 infection may trigger future development of neurodegenerative diseases such as Alzheimer’s or Parkinson’s. However, little is known about the physiopathology of these symptoms. Spudich and Nath discuss the possible mechanisms that give rise to these neurological symptoms, which may include vascular and immune dysfunction like non-specific neuroinflammation and anti-neural autoimmune dysregulation, and possible viral infection in the central nervous system. According to the authors, cases of neurological “Long Covid” symptoms may result from the emergence and persistence of these mechanisms.

In a Policy Forum, Alessandro Acquisti and colleagues argue that the evolutionary roots of human privacy could teach a lesson about modern privacy and how to manage it in the digital age. “The reason why concerns over privacy endure, despite privacy being repeatedly declared dead, may be in part cultural and in part related to visceral, evolutionary roots," write Acquisti et al. “Understanding and then accounting for those ancestral roots of privacy may be critical to secure its future.” Given current digital technologies and the rapid rise of concerns surrounding digital privacy and its invasions, often expressed in terms of data rights and surveillance, it’s arguably easy to construe privacy and the need for privacy protection as a modern phenomenon. However, a wealth of historical, anthropological and sociological research shows that this is simply not the case. Instead, privacy and our need for it have remained constant throughout human history. Humans likely evolved their sense of privacy based on knowledge about their physical surroundings, such as detecting the presence of others. Even today, being alone is generally how the boundaries between public and private are defined. When it comes to digital privacy, these cues become irrelevant, disrupting an individual’s regulation of privacy because the physical cues are absent or easily manipulated, which may help explain the challenges in protecting digital privacy and the seemingly careless online behaviors of those who claim to care about their privacy. According to the authors, digital privacy policies based on control over data and user consent are bound to fail because they place the burden and responsibility of privacy protection on the individual. Acquisti et al. suggest that one solution is to use technologies that embed privacy-by-default into systems; however, they note that many in the industry may have little incentive to do so. Because of this, the likely only option for meaningful privacy management is informed policy intervention.

MIT researchers created a method that helps humans develop a more accurate mental model of an artificial intelligence teammate, so they have a better understanding of when they should trust the AI agent’s algorithmic predictions.

A cover story in Chemical & Engineering News, an independent news outlet of the American Chemical Society, analyzes the key policies, market trends and economic forces that will affect chemistry around the world in the coming year.

Generating clean, safe water is becoming increasingly difficult. Water sources themselves can be contaminated, but in addition, some purification methods can cause unintended harmful byproducts to form. And not all treatment processes are created equal with regard to their ability to remove impurities or pollutants. Following are some recent papers published in ACS journals that report insights into how well water treatment methods work and the quality of the resulting water. 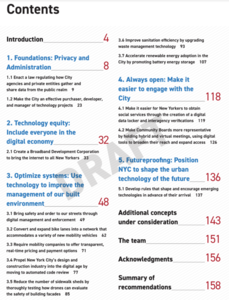 The Jacobs Institute’s Urban Tech Hub at Cornell Tech today released the final Rebooting NYC report, which proposes new and existing urban tech solutions to some of New York City’s biggest challenges. . After releasing a draft of the report in May of 2021, the Urban Tech Hub consulted with hundreds of tech, civic and community leaders, including current and former city council members and state senators, other elected officials, local business improvement districts and chambers of commerce. 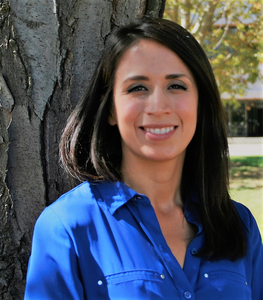 A new study by researchers with the UC Davis Comprehensive Cancer Center shows Latino smokers on Medi-Cal are still not getting the cessation information they need to help them get treatment for tobacco addiction.

Findings from a new European research project, led by Lancaster University, will be submitted as evidence to a Government inquiry exploring recruitment, retention and training issues in health and social care this week. 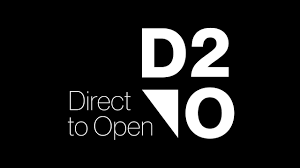 The MIT Press Open Monograph Model: Direct to Open, a new white paper published by Chain Bridge Group and the MIT Press, describes a collective model for supporting the open dissemination of scholarly monographs. The report examines the context for designing the framework and explains the logic behind the model’s design.