Photosynthesis and tree growth respond differently to different climate cues, according to a new study, suggesting that current forest carbon sequestration models may be overestimating forests’ ability to store atmospheric carbon. The findings illustrate the importance of considering processes other than photosynthesis for estimating how much carbon trees can sequester. Through photosynthesis, forests capture and sequester atmospheric carbon as woody biomass and soil carbon. Currently, this process offsets roughly 25% of annual anthropogenic carbon emissions. With elevated atmospheric carbon dioxide (CO2) boosting photosynthesis through a phenomenon known as carbon fertilization, using forests to sequester carbon is often viewed as an attractive natural solution to mitigating climate change. It's been assumed that photosynthesis and plant growth are generally limited by the amount of atmospheric carbon – more carbon, more growth, more storage. However, a growing body of research has indicated that this might not be the case, suggesting that forest carbon storage is sensitive to other factors, including temperature, water, and nutrient availability. This means forest carbon sequestration represents a source of major uncertainty for projections of global forests’ carbon storage potential. To better understand forest carbon uptake and its relationship to woody growth, Antoine Cabon and colleagues used estimates of the amount of carbon taken up by plants during photosynthesis from 78 forests worldwide and compared them to tree-ring growth data from the Tree-Ring Data Bank. Cabon et al. found a strong decoupling between photosynthesis (productivity) and plant growth, with substantial variation based on tree species, ecosystem traits, and climate conditions, indicating that the relationship between the two isn’t as linear as has been assumed. The findings highlight limits to tree growth, particularly in cold and dry areas, which may continue to constrain the carbon storage potential of forests under ongoing climate change. “The results reported by Cabon et al. have implications for using natural ecosystems to sequester carbon and for the success of natural climate solutions, such as planting trees, in combating climate change,” write Julia Green and Trevor Keenan in a related Perspective.

Observations from two studies of the January 2022 volcanic eruption of Hunga volcano, Tonga, show a complex main event that was as energetic as the 1883 Krakatau eruption, one of the deadliest and most destructive volcanic events in recorded history. The observations also uncover that the tsunami generated by this eruption was partially driven by an unexpected atmospheric wave. This set of observations will be helpful for disentangling the event and understanding the propagation of waves through the atmosphere and ocean. On 15 January, 2022, a massive volcanic eruption occurred on a small, uninhabited island in the South Pacific, Hunga Tonga-Hunga Ha‘apai. The Hunga Tonga eruption was one of the most powerful recorded, with audible sound detected over 10,000 kilometers from the source. In one study, Robin Matoza et al. present infrasound and seismic recordings, along with other geophysical observations, that characterize this event. An atmospheric Lamb wave, characteristic of energetic atmospheric events, circled the planet four times and was similar to the 1883 Krakatau eruption. The eruption also generated long range infrasounds and ionospheric interations, along with global tsunamis. In a second study focused on the tsunamis, first waves from which arrived more than 2 hours earlier than expected for conventional tsunamis, Tatsuya Kubota and colleagues investigated the generation and propagation mechanisms of the tsunami “forerunner.” Typically, tsunamis generated by volcanic eruptions are created by water displacement from deformation and atmospheric pressure waves that travel at about the same velocity as the tsunami. Kubota et al. found that for the Hunga Tonga eruption, a different sort of atmospheric pressure wave – a Lamb wave – also contributed to tsunami propagations. This interaction resulted in tsunami waves arriving much earlier than expected. Future tsunami models should incorporate this phenomenon, the authors say.

Researchers with the international Human Cell Atlas (HCA) consortium – whose goal is to map every cell type in the human body, but who until now have mostly focused on studying cells in individual organs and tissues or small tissue subsets – report a major feat: creation of detailed maps of more than a million individual cells across 33 organs, representing the most comprehensive, cross-tissue cell atlases to date. Openly available in four studies, the resulting data has many therapeutic implications, including informing understanding of common and rare diseases, vaccine development, anti-tumor immunology and regenerative medicine. In the first study, the Tabula Sapiens Consortium delivers a particularly broad cell atlas that provides a molecular definition of more than 400 cell types across 24 organs. They call this reference the “Tabula Sapiens” dataset. To assemble it, the authors used single-cell RNA sequencing (scRNA-seq) on nearly 500,000 live cells, including epithelial, endothelial, stromal, and immune cells, collected from multiple tissues from individual donors. The ability to analyze several tissues from single donors allowed for cross-tissue comparisons controlled for genetic background, age, environmental exposure, and epigenetic effects. Using the Tabula Sapiens dataset, the authors discovered several new insights into human cellular biology, including how the same gene can be spliced differently into different cell types and how clones of immune cells can be shared across tissues. Single-cell atlases hold promise to help map the specific cell types in which disease genes act across the human body. Building them requires all cell types to be profiled – including cells that are hard to capture using scRNA-seq – and cells from larger numbers of individuals, meaning scientists need to collect and freeze tissues before analysis. In a second study in this package, Gökcen Eraslan et al. optimized single-nucleus RNA sequencing (snRNA-seq) to overcome the challenge of using frozen cells. They applied this technique to frozen samples from 8 healthy human organs from 16 donors and compiled a cross-tissue atlas of more than 200,000 nuclei profiles. Eraslan et al. used machine learning to associate cells in the atlas with thousands of single-gene diseases and complex genetic diseases and traits to discover cell types and gene programs that could be involved in disease. Historically, scientists’ understanding of the human immune system has been largely constrained to the role of cells circulating in blood, but immune cells within tissues are critical to maintaining health. To better understand the function of immune cells across tissues, studies by Cecilia Dominguez Conde and colleagues and Chenqu Suo and colleagues profiled adult and developing immune cells, respectively. Using scRNA-seq, Dominquez Conde et al. surveyed innate and adaptive immune cells from 16 tissues across 12 adult donors, resulting in gene expression profiles for more than 300,000 cells. They developed a machine learning tool called “CellTypist” to aid in cell type annotation. The approach allowed the authors to identify nearly 101 immune cell types or states from more than one million cells, including previously underappreciated cell states. In a final study, Suo et al. used scRNA-seq, antigen-receptor sequencing and spatial transcriptomics of 9 prenatal tissues to generate a single-cell and spatial atlas of the developing immune system across gestation stages. The findings, which move beyond those from studies focused on one or a few organs in the developing immune system, reveal that blood and immune cell development occurs across many peripheral tissues, not just in primary hemopoietic organs. The four studies and their findings are discussed further in a related Perspective by Zedao Liu and Zemin Zhang. “Collectively, these pan-tissue studies bring us closer to building a comprehensive human single-cell atlas,” they say. ***A related embargoed news briefing was held at 11:00 a.m. U.S. ET on 10 May, as a Zoom Webinar. Recordings of the briefing can be found at https://www.dropbox.com/sh/mrm2ilp4jh593bf/AAB1wss6ODKlhE30v5CEH878a?dl=0.***

Water scarcity is a growing problem around the world. Desalination of seawater is an established method to produce drinkable water but comes with huge energy costs. For the first time, researchers use fluorine-based nanostructures to successfully filter salt from water. Compared to current desalination methods, these fluorous nanochannels work faster, require less pressure and less energy, and are a more effective filter.

The findings of a new study in mice may help develop new medications to treat high blood pressure. Researchers studied mice without a protein called FXR1, which is related to the protein implicated in Fragile X syndrome; the mice without FXR1 had lower diastolic blood pressure compared to mice with the protein. The findings suggest two mechanisms through which FXR1 may regulate blood pressure and vascular contractility: mRNA stability and functional activity by protein-protein interactions.

Two new papers from the Human Cell Atlas shed new light on the types and traits of immune cells that can be found in the human body, from developmental stages to adulthood.

A study led by University of Utah researchers, with an international team of collaborators, finds that tree growth does not seem to be generally limited by photosynthesis but rather by cell growth. This suggests that we need to rethink the way we forecast forest growth in a changing climate, and that forests in the future may not be able to absorb as much carbon from the atmosphere as we thought. 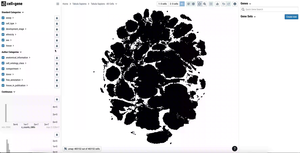 The Tabula Sapiens Consortium, a team of more than 160 experts led by scientists at the Chan Zuckerberg Biohub, has unveiled a massive digital atlas that maps gene expression in nearly 500,000 cells from 24 human tissues and organs, including the lungs, skin, heart, and blood. The Tabula Sapiens cell atlas is the largest to include multiple tissues from the same human donors, and the first to include histological images of the tissues, and to incorporate details of the microbial communities living alongside the human cells that make up the various compartments of the gut.

The Human Cell Atlas goal of mapping every cell type in the human body to transform our knowledge of biology, infection and disease is a milestone step closer with four studies published in Science today. Researchers with the international Human Cell Atlas consortium created highly detailed maps of over a million individual cells across 33 organs and systems across the human body, giving new biological insights into human health and disease, including the immune system. 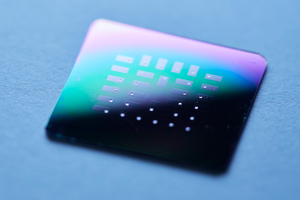 MIT engineers have designed an ultrathin fuel cell that converts glucose directly into electricity. They envision the new design could be made into films or coatings and wrapped around medical implants to passively power their electronics using the body’s abundant glucose supply.

Approximately 1 in 50 people who suffer a traumatic brain injury (TBI) will develop post-traumatic epilepsy (PTE)—with the risk of PTE significantly higher in people with severe TBI. PTE is characterized by recurring seizures that begin a week or more after the brain injury, and there is currently no way to identify those at risk for developing PTE or to prevent its onset.