The winners of the 2021 EurekAlert! Fellowships for International Science Reporters hail from Egypt, India, Greece, Brazil, and China. Through their reporting, this year’s fellows highlight topics at the intersections of science and society in a rapidly changing, increasingly globalized world. The 2021 EurekAlert! Fellows were selected by an independent panel of judges with region-specific science journalism expertise. 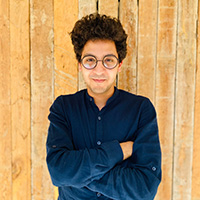 Mouttasem Albarodi is a science writer from Egypt. He started gravitating towards science journalism when he began blogging in his final year of university. After earning his bachelor’s degree in biochemistry, Mouttasem’s blog captured the interest of a senior science editor at a local media outlet, and that was the start of his journalism career. Thereafter, he contributed to several science journalism outlets and initiatives. One of these experiences was as “meme creator” at Popsci Arabia, where he produced memes that communicated complex scientific concepts. Currently, Mouttasem freelances for several science news outlets including Scidev.net MENA edition and Scientific American-Arabic edition where he covers stories on genomic medicine, life sciences, public health, and science policy. He has a longstanding interest in investigative and data journalism. In his free time, Mouttasem’s activities include kayaking in the Nile and cycling. 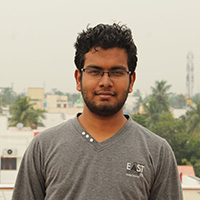 Vishwam Sankaran is a science and technology reporter based in Chennai, Tamil Nadu, India, and currently writes for The Independent. They found a passion for science news through reading and blogging about research studies as a hobby, which continued throughout their undergraduate program in biotechnology. After participating in several university science events and reading books by other science writers, they realized that their passion lay more in science communication than in lab work. After graduating, Vishwam freelanced for outlets including The Life of Science and The Wire Science, while pursuing a post-graduate diploma in journalism. After a fellowship with the tech media company The Next Web, they began a full-time science reporting job with The Press Trust of India. Vishwam enjoys listening to podcasts, playing video games, and reading. Vishwam is passionate about understanding the latest emerging trends in all fields of science, technology, environment, and health, and how they shape society. 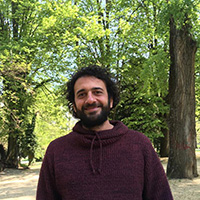 Panos Tsimboukis has been working as a science journalist with the national Greek newspaper TO VIMA for the last two years, after studying biology and epigenetics. His passion for communicating science led him to pursue, in parallel with his work, a master’s degree in science communication at the University of Grenoble, France. He is also for now part of laboratory i3 of Télécom Paris, Institut Polytechnique de Paris. The lab studies, among others, the public controversies regarding technological innovations and how these innovations are perceived in the public sphere. This work reflects an era where technologies like 5G, facial recognition, and artificial intelligence permeate everyday life. 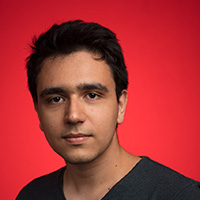 Bruno Vaiano is a science writer based in São Paulo, Brazil. He has a degree in journalism from the University of São Paulo (USP) and has worked full-time since 2018 for Superinteressante, Latin America's highest-circulation popular science magazine – first as a staff writer, then as an editor. There, he does daily online coverage, writes and edits longer features and infographics for the print issues, and oversees the Instagram account. From subatomic particles to black holes, his beats vary in several orders of magnitude. He came first in the Brazilian Institute for Pure and Applied Mathematics (IMPA) 2020 Science Writing Awards. He was a trainee at the newspaper Folha de S. Paulo, the popular science magazine Galileu, and the Vice-Provost's Office for Research at USP. In his free time, Bruno plays the bass guitar and gets defeated by chess bots. 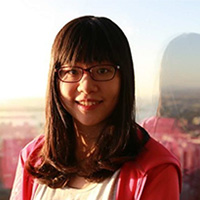 Luyi Xu obtained her bachelor’s degree in economics from Shanghai Jiaotong University in China, and her master’s degree in journalism at the University of British Columbia in Canada. Her reporting interests include astrophysics, life science, and climate change science, as well as applied areas like space telescopes, gene editing, brain-computer interfaces, and the diagnosis and treatment of mental illnesses. Other topics important to Luyi involve academic integrity and a self-correcting science publishing system. Also, with the #MeToo movement’s entrance into Chinese society via its top universities, Luyi also cares about misuse of power and gender equality within the science community.