The development of new urban agriculture technologies, such as vertical and smart farms, has accelerated rapidly in recent years. These technologies are based on hydroponic cultivation in which plants are grown using nutrient-rich solutions rather than soil. Approximately 20-30% of the nutrient solutions used during hydroponic cultivation are discharged without being absorbed by the crops, and because most farmers in South Korea do not treat the discharged solutions, hydroponic farms contribute significantly to environmental pollution.

This problem can be reduced if hydroponic farms use a recirculating hydroponic cultivation method that reuses the nutrient solutions after sterilizing them with ultraviolet (UV) light, instead of discharging them. However, two main issues complicate the implantation of such recirculation systems. First, the potential for diseases and nutrient imbalances to develop owing to microbial growth in the recycled nutrient solutions must be eliminated. Second, the initial investment required to set up a recirculating hydroponic cultivation system is often prohibitive, costing hundreds of millions of Korean won per hectare.

Commenting on the envisaged impacts of the study, Dr. Ju Young Lee said, "The developed system makes the transition to eco-friendly recirculating hydroponic cultivation systems an affordable option for many more farmers." Dr. Tae In Ahn added, "We are also developing software and operation manuals to guide farmers in managing the nutrient balance in the solutions to increase the number of farms using the recirculating hydroponic cultivation system."

The study was supported by the Ministry of Agriculture, Food, and Rural Affairs (Institute of Planning and Evaluation for Technology in Food, Agriculture, and Forestry) and the Innovative Smart Farm Technology Development Program of Multi-agency Package. The research results are published in the latest issue of the Journal of Cleaner Production (IF: 7.24, ranked in the top 6.9% by JCR), a highly respected international journal in the field of environmental science. 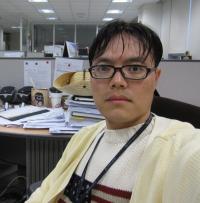