Scientists know that developing cells in a healthy embryo will transform into a variety of cell types that will make up the different organ systems in the human body, a process known as cell differentiation. But they don't know how the cells do it.

A Medical University of South Carolina (MUSC) study in Cell Reports led by Stephen Duncan, D.Phil., examines how an endodermal cell - a type of developing cell - becomes a liver cell and not some other type of cell. Duncan and his team found that the development of naive cells into differentiated liver cells was dependent on the transcription factor GATA6. Duncan is the SmartState Endowed Chair in Regenerative Medicine and chair of the Department of Regenerative Medicine and Cell Biology at MUSC.

"What we found is that this specific transcription factor, GATA6, has an unusual mechanism because it can recognize regulatory regions on DNA before a specific gene is turned on," explained Duncan. "It doesn't directly turn on expression of a gene but marks a gene as being capable of being turned on if the cell encounters the right developmental cues."

Duncan's laboratory used human pluripotent stem cells, which can differentiate into any human cell type, to model different stages of development. To pick apart the molecular basis of cell differentiation, the human pluripotent stem cells were fed growth factors and exposed to cues specific to the development of liver cells. Duncan and his team used the CRISPR/Cas9 gene-editing tool like a set of molecular scissors, cutting GATA6 from the genome. They then examined the impact the loss of GATA6 had on the cell differentiation pathway.

"We found that, in the absence of GATA6, regions surrounding genes remained closed and inaccessible," said Duncan. "GATA6 can open up chromatin around regulatory regions of genes that are ultimately expressed as the cell begins to differentiate."

Duncan believes this finding could offer insight into how inherited liver diseases, such as metabolic liver disease, occur in children.

"This gives us unique insight into how the human liver develops and what can go wrong, particularly in the case of inherited liver disease," he said.

About the Medical University of South Carolina

Founded in 1824 in Charleston, the Medical University of South Carolina (MUSC) is home to the oldest medical school in the South as well as the state's only integrated academic health sciences center, with a unique charge to serve the state through education, research and patient care. Each year, MUSC educates and trains more than 3,000 students and nearly 800 residents in six colleges: Dental Medicine, Graduate Studies, Health Professions, Medicine, Nursing and Pharmacy. MUSC brought in more than $271 million in biomedical research funds in fiscal year 2020, continuing to lead the state in obtaining National Institutes of Health funding, with more than $129.9 million. For information on academic programs, visit musc.edu.

As the clinical health system of the Medical University of South Carolina, MUSC Health is dedicated to delivering the highest quality patient care available while training generations of competent, compassionate health care providers to serve the people of South Carolina and beyond. Comprising some 1,600 beds, more than 100 outreach sites, the MUSC College of Medicine, the physicians' practice plan and nearly 275 telehealth locations, MUSC Health owns and operates eight hospitals situated in Charleston, Chester, Florence, Lancaster and Marion counties. In 2020, for the sixth consecutive year, U.S. News & World Report named MUSC Health the No. 1 hospital in South Carolina. To learn more about clinical patient services, visit muschealth.org.

MUSC and its affiliates have collective annual budgets of $3.2 billion. The more than 17,000 MUSC team members include world-class faculty, physicians, specialty providers and scientists who deliver groundbreaking education, research, technology and patient care. 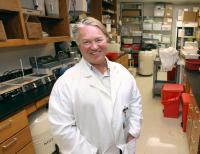