Interests in hydrogen are rapidly growing due to its potential to establish global clean energy supply chains. A typical method of hydrogen storage is physically storing hydrogen such as compression or liquefaction, which requires higher energy to increase storage capacity and expensive distributing infrastructure. To overcome these limitations, research efforts to store hydrogen chemically in liquid carriers, such as liquid organic hydrogen carriers (LOHCs) or ammonia, have been conducted. Especially, hydrogen can be safely stored in LOHCs at room temperature and atmospheric pressure before being extracted at locations for hydrogen consumption.

Various organic compounds have been suggested for LOHCs. However, there were few comparative studies on LOHC performance, leading to a lack of scientific consensus in the hydrogen community for downselecting LOHCs and catalysts. Scientists at Korea Institute of Science and Technology (KIST) have contributed to the development of a high-throughput benchmarking protocol for the adoption of promising LOHCs and their well-matched catalysts. The KIST LOHC research team in the Hydrogen and Fuel Cell Research Center led by Dr. Yongmin Kim developed a semi-automatic evaluation system for LOHC dehydrogenation (alternatively, hydrogen extraction from LOHC). This system allows us to rapidly test dehydrogenation in well-defined and standardized reaction conditions and carry out comparative analyses to draw out optimal solutions for the successful commercial deployment of LOHCs.

One example of LOHC in the analyses is methylcyclohexane (MCH) with high technological readiness. It shows a higher dehydrogenation rate with minimal byproduct formation. Monobenzyltoluene (MBT) is another promising candidate because it has been mass-produced as a safe chemical while extracting hydrogen fast. A biphenyl-based eutectic mixture developed by KIST in 2017 shows 20% higher dehydrogenation rate than those of other LOHCs. This biphenyl-based LOHC with a superior hydrogen storage density of 6.85 wt.%-H2 is applicable for onboard hydrogen storage such as in hydrogen vehicles or trains.

The proposed system for fast screening on LOHCs materials and catalysts will be also helpful for both domestic and international research collaborators in industry and academia. In addition to ongoing research collaboration with Hyundai Motor Group and Korea Gas Corporation, international collaborative research projects with Germany and Japan are being planned to widely disseminate this generalized benchmarking LOHC study platform for accelerating LOHC deployment in the hydrogen economy. Dr. Yongmin Kim further noted: “the as-developed platform will help develop new technology for lower cost and energy consumption, which are two key bottlenecks for the commercialization of LOHC.”

The Korea Institute of Science and Technology(KIST). Founded as the first multidisciplinary government-funded research institute in Korea, KIST established a national development strategy based on science and technology and disseminated various essential industrial technologies. Now, half a century later, KIST is elevating Korea's status in the field of science and technology through world-leading fundamental technology R&D. Looking to the future, KIST will continue to strive to be a premier research institute, pursuing a brighter future for Korea and all of humanity.

The research was supported by the Ministry of Science and ICT and an institutional research program of KIST. This study was published in the latest issue of a scientific journal, Energy Conversion and Management (IF: 9.71, JCR: 1.11%).

Generalizable benchmarking protocol for pre-screening of LOHCs and dehydrogenation catalysts 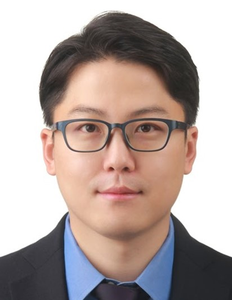