The 2021 Europlanet Prize for Public Engagement has been awarded to Dr James O’Donoghue for his work in creating high-quality space science animations.

James is a planetary scientist, specialising in the study of giant planet upper atmospheres, and online content creator working at the Japan’s Aerospace Exploration Agency (JAXA). In 2018 he started creating animations around his area of expertise and publishing them online on his YouTube channel. Now, with more than 80 animated visualisations of space topics, he has reached 200 million views on YouTube, Twitter, Facebook, Instagram, Gfycat, Reddit, and received hundreds of citations in international news articles.

James’s goal is to paint an accurate picture of the Solar System in people’s minds, highlighting its most relevant features in an intuitive way, such as the relative sizes, distances, orbits and axial tilts of the planets, or how fast a ball would fall to the surface on different Solar System objects.

The animations are not only widely appreciated on social media: multiple educational professionals at schools, universities, planetariums, museums use his material for teaching and outreach.

Dr Federica Duras, Chair of the Europlanet Outreach Jury, said: “Among the talented and motivated science communication projects nominated this year,  James O’Donoghue’s brilliant animations stood out. In their simplicity they are a masterclass in outreach and communication, and the fact that they do not rely on language and translation means that they are perfectly inclusive, easily adaptable and usable all over the world. Congratulations to James, a great ambassador for the planetary science community.”

An awards ceremony will take place during the Europlanet Science Congress (EPSC) 2021 virtual meeting on Friday 24th September, and it will be followed by 15-minute prize lectures by the winner, who will also receive an award of 1500 Euros.

Dr Luke Moore, Research Assistant Professor at the Center for Space Physics of Boston University, said: “James, in my mind, is ideal for this award, because his outreach is global and inclusive, being predominantly online and freely accessible; he engages with people from a full range of countries and backgrounds. In addition, beyond “merely” creating useful animations, promoting science news items, and providing planetary science insights to the public, James has an excellent sense of humor that he constantly deploys. This seemingly minor point, I feel, is actually incredibly important, because it helps to demonstrate that scientists are regular people, and that science can be fun too!”

Dr Elizabeth Tasker, Associate Professor at Department of Solar System Sciences of the Institute of Space and Astronautical Science (ISAS) of the Japan Aerospace Exploration Agency (JAXA), said, “James has established an international reputation for his scientific animations. These animations demonstrate different scientific concepts in space science, such as the sizes of celestial objects, the speed of light or the relative rotation rates of the planets. Each animation is designed to show a single concept visually within a few seconds. Text is minimal and nonessential, allowing the animations to be shared with a wide multilingual audience. Despite being a professional astrophysicist, I have often been amazed to realise facts about relative sizes or scales of which I was unaware before seeing James’s animations! While the animations are self-explanatory, James spends considerable time supporting the content through threads sharing further information on Twitter, and by answering questions.”

Dr James O’Donoghue said: “I am honoured and grateful to be the recipient of the Europlanet Prize for Public Engagement 2021. Like the Europlanet Society, I believe outreach is an integral part of science in society and that we have a duty to make it accessible for all the people who fund it. It has been a pleasure to engage so many interested people and teach them about the universe through animated videos, images and posts.

“First thank you goes to my wife Jordyn for her tremendous patience and support during all my creations and posting, often late at night. I would like to thank the public for their kind words on Twitter over the years and for their many excellent thought-provoking questions, and thank you to all the educators for letting me know they used the videos for teaching at schools, universities, planetariums, museums and more!  With this recognition by the Europlanet Society I can demonstrate to my employers, current and future, that large scientific organisations highly value outreach and that the way I have been doing it has been a success. In the future, I hope to do more outreach on the side of my research and this award will help me leverage that.” 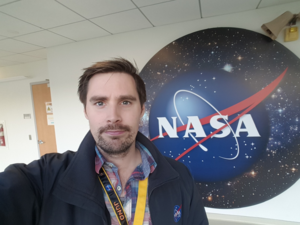 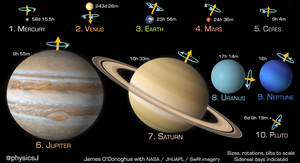 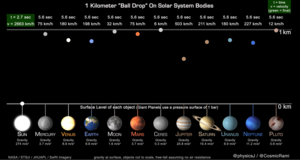