In a new USC study on the health effects of a low-calorie diet that mimics fasting in the body, researchers found regular five-day cycles of the diet in mice seemed to counteract the detrimental effects of their usual high-fat, high-calorie diet. The study, published today in Nature Metabolism, analyzed the diet, health and lifespan of three different groups of mice over two years.

One group of mice ate a high-calorie, high-fat diet (with 60% of their calories from fat) and became unhealthy and overweight. A second group of mice ate the same poor diet as the first one for approximately 4 weeks, followed by five days where they were fed an FMD and two days of a normal, healthy diet.

Study authors say those brief diet interventions were sufficient for that second group to return to normal levels of cholesterol, blood pressure and weight. Notably, the mice who ate the fasting-mimicking diet for five days out of each month lived as long as a third group of mice that was consistently fed a healthy diet.

In humans, obesity caused by a high-fat, high calorie diet is a major risk factor for metabolic syndrome, diabetes and cardiovascular disease.

“The study indicates that it’s possible for mice to eat a relatively bad diet that is counterbalanced by five days of a fasting-mimicking diet,” said study senior author Valter Longo, the director of the Longevity Institute at the USC Leonard Davis School of Gerontology and professor of biological sciences at the USC Dornsife College of Letters, Arts and Sciences. “Our major discovery is that intervening with this diet made their hearts more resilient and better functioning than the mice who only ate a high-fat, high-calorie diet.”

According to researchers, the effect of FMD cycles on gene expression indicated a role for fat cell reprogramming in obesity prevention. Specifically, the diet’s impact on fat accumulation and cardiac aging could explain protection from early death caused by a high-fat, high-calorie diet.

The researchers caution these results should not be misinterpreted. They emphasize that they don’t recommend that humans should eat a high-calorie, high-fat diet that’s mitigated by periodic fasting.

They say, however, the potential benefits of counteracting poor diets in this way should be further studied in clinical trials. These strategies could provide potential health benefits for people who may not be willing or able to change their diets on an everyday basis.

The most effective diets at preventing or mitigating obesity in humans, including the ketogenic diet, require often radical and daily changes in dietary habits, the study authors say. Those requirements result in very low long-term compliance.

Longo said the study may indicate a “sweet spot” for the FMD in mice of five days a month.

“Even after the mice in experimental group went back to their high-fat, high-calorie diet, the improved fat breakdown in their bodies continued for a fairly long period,” Longo explained. “Is there a similar sweet spot for humans, where you can intervene for a few days and still keep breaking down fat for several weeks?

Early FMD trials indicate potential health benefits for humans, he added. Several clinical studies published by Longo and colleagues indicate that a monthly FMD caused loss of fat mass without loss of muscle mass and improved cardiometabolic risk factors, especially in overweight or obese humans. They say this new mouse study shows that these monthly FMD cycles can actually restore normal heart and metabolic health and lifespan in animals fed a high-fat and high-calorie diet, a lifelong study that cannot be done in humans.

More  about the study

Additional authors include Amrendra Mishra, Hamed Mirzaei, Novella Guidi, Gerardo Navarrete, Min Wei, Sebastian Brandhorst, Stefano Di Biase and Todd E. Morgan of the Longevity Institute and the USC Leonard Davis School of Gerontology; Manlio Vinciguerra of the International Clinical Research Center, St Anne’s University Hospital, Brno, Czech Republic; Alice Mouton of the Department of Ecology and Evolutionary Biology at UCLA; Marina Linardic and Matteo Pellegrini of the Department of Molecular, Cell and Developmental Biology at UCLA; Francesca Rappa and Rosario Barone of the Section of Human Anatomy, Department of Biomedicine, Neuroscience and Advanced Diagnostic (BIND), University of Palermo; S. Ram Kumar of the Department of Surgery at the Keck School of Medicine of USC; Peter S. Conti of the Molecular Imaging Center, Department of Radiology at the Keck School of Medicine at USC; Michel Bernier and Rafael de Cabo of the Translational Gerontology Branch, Intramural Research Program of the National Institute on Aging at the National Institutes of Health.

Funding for the study was provided by the USC Edna Jones Chair fund and National Institutes of Health grant P01 AG055369-01 to Longo. The work was also funded in part by the Intramural Research Program of the National Institute on Aging, National Institutes of Health. The researchers also acknowledge support from the USC Molecular Imaging Center and USC Leonard Davis School Aging Murine Phenotyping Core Facility. Mouton was supported by UCLA QCB Collaboratory Postdoctoral Fellowship. Computational and storage services associated with the Hoffman2 Shared Cluster were provided by the UCLA Institute for Digital Research and Education’s Research Technology Group. 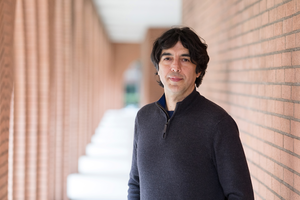