Northumbria University researchers are part of a unique team working on a new £1m project to better equip Indigenous communities in the Arctic against the disproportionate impacts of climate change.

The study, involving local community researchers and action groups, government agencies and decision-makers, Inuit knowledge-holders, and leading UK and Canadian academics, will investigate changing ground conditions and assess their wider implications in coastal regions of Canada’s Inuit homeland that are under threat from thawing permafrost, disappearing sea ice and high rates of erosion.

Nearly a third of Canada’s landmass and 50 per cent of its coastline is within the area of Inuit Nunangat, home to approximately 65,000 Inuit people. The researchers will work with affected local communities to co-develop appropriate new tools and solutions to the landscape changes that threaten critical infrastructure, navigation routes, food and water security, and impact physical and mental health and wellbeing. Some areas are under such threat that they may be lost in as little as 20 years.

The project, which is named Nuna, taken from the word for ‘land’, ‘country’ and ‘soil’ in the Inuvialuktun language, brings together experts from Northumbria’s Departments of Mechanical and Construction Engineering, Geography and Environmental Sciences and Maths, Physics and Electrical Engineering, alongside their Canadian counterparts from McGill and Wilfred Laurier Universities.

They will join Arctic community initiatives and researchers from Natural Resources Canada, the National Research Council of Canada, Environment Canada, Parks Canada, and the Government of Northwest Territories to drive unique solutions-based research.

Professor Mike Lim, who will lead the project alongside Tuktoyaktuk Community Senior Administrative Officer Shawn Stuckey, explained: “Coastal communities have demonstrated exceptional resilience to the challenges of Arctic living but are having to make increasingly difficult decisions over how to respond to the complex nature of more intense and disruptive environmental changes.

Changes to the Arctic environment are occurring faster than elsewhere on the planet and leading to many varied and interconnected impacts. Project Nuna will provide new data on when relocation will be needed in critical areas, develop early warning for ground subsidence, issue clear guidance on harmful dust exposure levels, and water-based threats such as driftwood or contaminants released during storms will also be addressed through new accessible community monitoring and citizen science data.

One of only 13 successful applicants to the Canada-Inuit Nunangat-United Kingdom Arctic Research Programme (CINUK), funding will be split between the team at Northumbria and researchers based in Canada, with the UK award provided by UK Research and Innovation (UKRI).

Professor Christopher Smith, UKRI International Champion and Executive Chair at the Arts and Humanities Research Council said: “The need to understand and respond to the deep and interlinked impacts of climate change in the Arctic has never been greater.

“We recognise and embrace the value and importance of doing so in genuine and mutually respectful and empowering partnership with Inuit researchers and communities. I look forward to seeing how the projects develop over the next three years and hearing the results of both their work and their partnerships.”

Chief Scientist of Québec, Rémi Quirion, added: “More than ever, the climate crisis demands strong and immediate action from all levels of decision-making and sectors of civil society. The scientific community is no exception. It must join forces to develop innovative, sustainable, and socially acceptable solutions to reduce the environmental impacts of climate changes.

“The 13 research projects co-developed by scientists and Inuit community representatives will have very concrete impacts and sow the seeds of hope that it is possible to change the course of things.”

The study is just one example of Northumbria University’s world-leading environmental research into extreme, cold and palaeo environments. The University is ranked second in the UK for its research power in Geography and Environmental Studies and is top 25 in Engineering in the 2021 Research Excellence Framework, with 90 per cent of its research in these disciplines rated as being either world-leading or internationally excellent.

Find out more about some of the world-leading research Northumbria University is undertaking in all aspects of climate change. 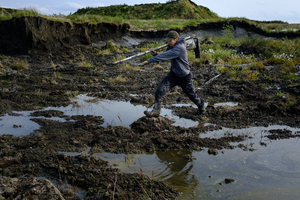 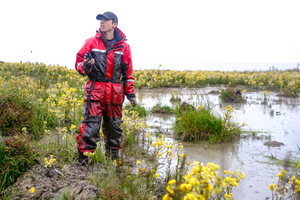