During a battle with cancer, T cells can become exhausted and are no longer able to function properly. The early phase of exhaustion can sometimes be reversed with immunotherapy drugs, but once T cells become too exhausted, it had been thought that this state was irreversible. However, new insights from University of Pittsburgh and UPMC researchers suggest that even the most fatigued T cells can be revived.

In a study, published today in Science Immunology, the team profiled molecular features of T cells as they progressed from early to terminal exhaustion in a mouse model of melanoma. They unexpectedly found that even the most terminally exhausted T cells retain some capacity to be functional again and identified approaches to overcome exhaustion, opening potential new avenues for cancer immunotherapy.

“People think about terminally exhausted T cells as a lost cause, that there’s no coming back from this state,” said co-senior author Amanda Poholek, Ph.D., assistant professor of pediatrics and immunology at Pitt’s School of Medicine and director of the Health Sciences Sequencing Core at UPMC Children’s Hospital of Pittsburgh. “But given the right circumstances — the T cell version of rest — we show that they can come back. This finding could have incredible potential for immunotherapy.”

Over time, tumor-fighting T cells may enter the early phase of exhaustion, a progenitor-like cell, which eventually differentiates into poorly functional, terminally exhausted cells. While current cancer immunotherapies can be successful at reversing exhaustion in these progenitor cells, giving T cells renewed energy to attack cancer cells, those that are terminally exhausted tend not to respond to such therapy.

“To bring the promise of immunotherapy to more cancer patients, we need to uncover more about why T cells fail,” said co-senior author Greg Delgoffe, Ph.D., associate professor of immunology at Pitt and director of the Tumor Microenvironment Center at UPMC Hillman Cancer Center .

With this goal, Poholek, Delgoffe and their team deeply analyzed early and terminally exhausted T cells in mice with an aggressive form of melanoma. They profiled the cells’ epigenome — the inheritable molecular marks that attach to DNA and control gene expression.

“We expected to find exhausted T cells with epigenomes damaged beyond repair, that they were goners,” said Poholek. “So, we were really surprised to find that these cells had the potential for recovery.”

Another key finding was that low oxygen, or hypoxia, common in the tumor microenvironment, contributed to impaired gene expression in terminally exhausted T cells. When the researchers reprogrammed T cells to be resistant to hypoxia, they differentiated into a more functional state.

“Exhausted T cells have what it takes to be functional, but the tumor environment is set up for them to fail,” explained Delgoffe. “By restoring oxygen or improving co-stimulation, we can realize the full potential of these cells and potentially gain the benefits of a functioning, healthy immune system.” 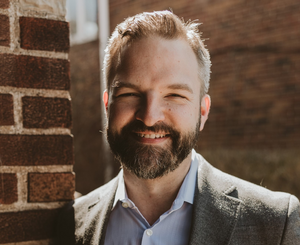