Most people think termites are a nuisance that consume wood in homes and businesses. But, these termites represent less than 4 percent of all termite species worldwide.

Termites are critical in natural ecosystems—especially in the tropics—because they help recycle dead wood from trees. Without such decayers, the world would be piled high with dead plants and animals.

But these energetic wood-consuming insects could soon be moving toward the North and South poles as global temperatures warm from climate change, new research indicates.

In a new international study led by University of Miami biology professor Amy Zanne, researchers learned that termites are pivotal when it comes to breaking down wood, contributing to the earth’s carbon cycle. They also learned that termites are very sensitive to temperature and rainfall, so as temperatures heat up, the insect's role in wood decay will likely expand beyond the tropics.

“With temperatures warming, the impact of termites on the planet could be huge,” said Zanne, the Aresty Chair of Tropical Ecology in the College of Arts and Sciences’ Department of Biology.

For the study, published in the journal Science, Zanne, along with more than 100 collaborators, studied locations across the globe where bacteria and fungi (microbes) and termites consume dead wood. They also investigated how temperature and rainfall could impact the discovery and decay of wood by using the same experimental set up at more than 130 sites in a variety of habitats across six continents. Their results suggest that areas with high termite activity should increase as the earth becomes warmer and drier.

“Termites had their biggest effects in places like tropical savannas and seasonal forests and subtropical deserts,” Zanne added. “These systems are often underappreciated in terms of their contributions to the global carbon budget.”

“The inclusion of arid, hot bioregions, particularly in the Southern Hemisphere, where termites are often plentiful and active, allowed for novel insight into their role in carbon turnover,” Austin said. “As ecologists, we may need to broaden our consideration of woody ecosystems beyond a closed-canopy forest and recognize that woody carbon stores in drier ecosystems are an important component of the global carbon cycle.”

Although microbes and termites both decompose dead wood, there are important differences between them. While microbes need water to grow and consume wood, termites can function at relatively low moisture levels. In fact, termites can search for their next meal even if it is dry out and carry what they want back to their mounds, or even move their colony into the wood they are consuming.

“Microbes are globally important when it comes to wood decay, but we have largely overlooked the role of termites in this process. This means we are not accounting for the massive effect these insects could pose for future carbon cycling and interactions with climate change,” Zanne added.

Like little cows, termites release carbon from the wood as methane and carbon dioxide, which are two of the most important greenhouse gases. Therefore, Zanne said that termites may increasingly contribute to greenhouse gas emissions with climate change.

“I am fascinated by how microbial and termite wood decay affect how carbon is being released back into the environment,” added Zanne, who has been studying the feedbacks from wood-based carbon release for more than a decade.

Zanne began her research on termites in 2008, connecting with other wood decay experts as she attended a working group in Sydney, Australia. That led to a large National Science Foundation and Natural Environment Research Council-funded research project in Queensland, Australia, which even included collaborating with artist Donna Davis to portray termites, microbes, and decaying wood.

She expanded the study globally through social media and word of mouth, including researchers across career stages and locations with everyone running the same experiment using locally-sourced materials.

André M. D'Angioli, a Brazilian biologist, collaborated on the project as part of his doctoral dissertation at Universidade Estadual de Campinas.

“Being involved in the global wood project was a major step for my research,” he said. “It was fascinating to see how the regional-scale data I collected in Brazil was related to the global patterns found in this paper.”

Zanne said the chance to spearhead a global-scale research endeavor was extremely rewarding.

“This is one of the most incredible projects I’ve worked on,” said Zanne. “It was a truly international collaboration. Our ability to better understand wood decay and parts of the carbon cycle at a global scale is now stronger because of this research.”

The study, “Termites sensitivity to temperature affects global wood decay rates,” was published in the Sept. 23 edition of Science and is also available online.

Termites may have a larger role in future ecosystems 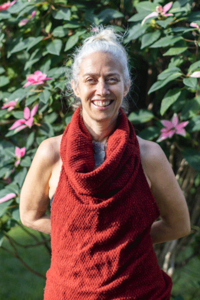