We all grow old and die, but we still don’t know why. Diet, exercise and stress all effect our lifespan, but the underlying processes that drive ageing remain a mystery. Often, we measure age by counting our years since birth and yet our cells know nothing of chronological time—our organs and tissues may age more rapidly or slowly regardless of what we’d expect from counting the number of orbits we tale around the sun.

For this reason, many scientists search to develop methods to measure the “biological age” of our cells -– which can be different from our chronological age.  In theory, such biomarkers of ageing could provide a measure of health that could revolutionize how we practice medicine. Individuals could use a biomarker of ageing to track their biological age over time and measure the effect of diet, exercise, and drugs and predict their effects to extend lifespan or improve quality of life. Medicines could be designed and identified based on their effect on biological age. In other words, we could start to treat ageing itself.

However, no accurate and highly predictive test for biological age has been validated to date. In part, this is because we still don’t know what causes ageing and so can’t measure it. Definitive progress in the field will require validating biomarkers throughout a patient’s lifetime, an impractical feat given human life expectancy.

To understand the irreducible components of ageing, and how these can be measured and tested, researchers turn to laboratory animals. Unlike humans, the nematode C. elegans lives for an average of two weeks, making it easier to collect behavioural and lifespan data that would otherwise require centuries.

The nematode C. elegans begin adulthood vigorously exploring their environment. Over time, they slow and stop crawling, a behavioural stage known as vigorous movement cessation (VMC). VMC is a biomarker of ageing and a proxy for nematode health. Studies of genetically identical nematodes have shown it is a powerful predictor of a worm’s lifespan, but at the same time, interventions designed to alter ageing can disproportionately affect VMC in comparison to lifespan and vice versa. Researchers at the Centre for Genomic Regulation (CRG) in Barcelona seek to understand why this happens and what this means for the ageing process in humans.

A team lead by Dr. Nicholas Stroustrup, Group Leader at the CRG’s Systems Biology research programme, has developed the ‘Lifespan Machine’, a device that can follow the life and death of tens of thousands of nematodes at once. The worms live in a petri dish under the watchful eye of a scanner that monitors their entire lives. By imaging the nematodes once per hour for months, the device gathers data at unprecedented statistical resolution and scale.

Describing their results in the journal PLOS Computational Biology, the research team found that nematodes have at least two partially independent ageing processes taking place at the same time – one that determines VMC and the other determines time of death. While both processes follow different trajectories, their rates are correlated to each other, in other words, in individuals for whom VMC occurred at an accelerated rate, so did time of death, and vice versa. In other words, the study revealed that each individual nematode has at least two distinct biological ages.

The researchers made the finding by building a genetic tool that lets them control the nematodes’ rate of ageing - effectively choosing an average lifespan for the population that can range from between two weeks and a few days. The tool works by tagging RNA polymerase II – the enzyme that makes mRNA – with a small molecule. Worms were fed different amounts of the hormone auxin, which finely controls the activity of RNA polymerase II, which in turn changes their lifespan.

Humans are larger and, in many ways, more complex than nematodes, and so are likely to have an even higher number of distinct biological ages than nematodes. Altogether, the study demonstrates how multiple, mostly independent ageing processes can work in tandem to cause different parts of the animal to age at different rates. The findings challenge the concept that animals have a single, unitary measure of biological age that can be indicative of an individual’s overall health.

The researchers also found that no matter which lifespan-altering mutations and interventions they gave the nematodes, the statistical correlation between the distinct biological ages remained constant. This suggests the existence of an invisible chain of command – or hierarchical structure – that regulates the worm’s ageing processes, the mechanisms of which are yet to be discovered. This means that, while ageing processes can be independent, it is also true that some individuals are ‘fast agers’ and others ‘slow agers’, in that many of their ageing processes move similarly faster or slower than their peers.

The study calls into question a crucial assumption of ageing biomarkers, that when interventions such as exercise or diet “rejuvenate” a biomarker, it’s a good sign that the underlying biology of ageing has similarly changed. “Our model shows that biomarkers can be trivially decoupled from outcomes because they measure an ageing process that is not directly involved in the outcome but simply correlates with it in a system of hierarchical processes,” explains Dr. Stroustrup. “In simple terms, just because two parts of an individual tend to correlate in their biological age across individuals, it doesn't mean that one causes the other, or that they are likely to involve shared ageing mechanisms.”

The findings have implications for consumers being offered commercial products that assess their biological age. Biological age tests use panels of biomarkers that are purported as being meaningfully diverse. These can measure a thousand different parts of an individual, but those parts might all be confounded in an identical way.

According to Dr. Stroustrup, the solution lies in finding biomarkers that measure distinct, interacting ageing processes that also minimally correlate with each other. “Biomarkers used to assess biological age can be changed without actually turning a ‘fast ager’ into ‘slow ager’. Researchers should focus on measuring the effect of interventions on functional outcomes rather than assuming that changes in biomarkers will predict outcomes in a straightforward way,” he concludes.

Biomarkers used to track benefits of anti-ageing therapies can be misleading, suggests the 'Lifespan Machine' 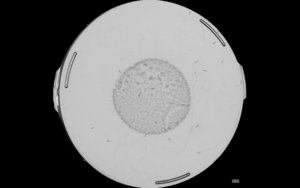 Populations of C. elegans in a petri dish 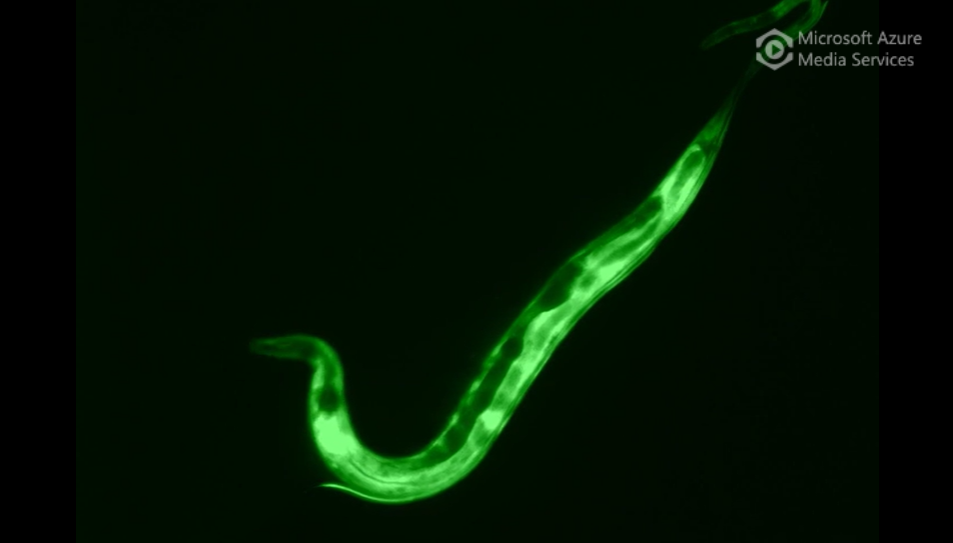