PITTSBURGH, Sept. 26, 2022 — How a tiny marine invertebrate distinguishes its own cells from competitors’ bears striking similarities to the human immune system, according to a new study led by University of Pittsburgh School of Medicine researchers.

The findings, published now in Proceedings of the National Academy of Sciences, suggest that the building blocks of our immune system evolved much earlier than previously thought and could help improve understanding of transplant rejection, one day guiding development of new immunotherapies.

“For decades, researchers have wondered whether self-recognition in a marine creature called Hydractinia symbiolongicarpus was akin to the processes that control whether a piece of skin can be successfully grafted from one person to another,” said senior author Matthew Nictora, Ph.D., assistant professor of surgery and immunology at the Thomas E. Starzl Transplantation Institute. “Our study shows for the first time that a special group of proteins called the immunoglobulin superfamily— which are important for adaptive immunity in mammals and other vertebrates — are found in such a distantly- related animal.”

Hydractinia symbiolongicarpus belongs to the same group as jellyfish, corals and sea anemones. With tube-like bodies adorned with tentacles for catching prey, the animals look a bit like tiny versions of wacky inflatable tube men dancing outside of a car dealership. They grow as colonies encrusting the shells of hermit crabs like lichen on a rock.

“As colonies grow and compete for space on crab shells, they often bump into each other,” explained Nicotra, who is also associate director of the Center for Evolutionary Biology and Medicine in Pitt’s School of Medicine. “If two colonies recognize each other as self, they fuse together. But if they identify each other as non-self, the colonies fight by releasing harpoon-like structures from special cells.”

Nicotra and his colleagues previously identified two genes called Alr1 and Alr2 involved in Hydractinia’s fuse-or-fight system, but they predicted that there was more to the story.

“If you imagine that the genome of the animal is spread out in front of us, we had a flashlight on these two little points, but we didn’t know what else was there,” said Nicotra. “Now we’ve been able to sequence the whole genome and illuminate the whole region around these genes. It turns out that Alr1 and Alr2 are part of a huge family of genes.”

In the new study, the researchers identified and sequenced 41 Alr genes, which form a complex that likely controls self- versus non-self-recognition in Hydractinia.

Next, the team wanted to see how the proteins that Alr genes encode compared to those found in vertebrates. Until recently, it was nearly impossible to accurately predict the 3D structure of proteins based on a gene’s sequence, but in 2021, the release of a tool called AlphaFold changed that.

Using this tool, the researchers compared the structure of Alr proteins to immunoglobulin superfamily (IgSF) proteins, an important group that includes antibodies and receptors on B and T cells of the immune system. IgSF proteins have three characteristic regions, or domains, including the V-set domain.

“The ‘V’ stands for variable,” said Nicotra. “When a B or T cell becomes specialized to fight a particular pathogen, V-set domains are rearranged to make a variable sequence, which the immune system uses to recognize specific pathogens or cells.”

Nicotra was surprised to find that the domains in Alr proteins had 3D structures remarkably similar to V-set domains, even though they lacked telltale features usually found in IgSF proteins.

Until now, it was thought that V-set domains had arisen in the branch of the animal kingdom known as Bilateria. This group originated about 540 million years ago and includes most familiar animals, including mammals, insects, fish, mollusks and all others with right and left sides.

Several Alr proteins also had signatures associated with immune signaling in other animals, another clue that this protein complex is involved in self-recognition.

“We know lots about the immune systems of mammals and other vertebrates, but we’ve only scratched the surface of immunity in invertebrates,” said Nicotra. “We think that a better understanding of immune signaling in organisms like Hydractinia could ultimately point to alternative ways to manipulate those signaling pathways in patients with transplanted organs.”

About the University of Pittsburgh School of Medicine

As one of the nation’s leading academic centers for biomedical research, the University of Pittsburgh School of Medicine integrates advanced technology with basic science across a broad range of disciplines in a continuous quest to harness the power of new knowledge and improve the human condition. Driven mainly by the School of Medicine and its affiliates, Pitt has ranked among the top recipients of funding from the National Institutes of Health since 1998. In rankings released by the National Science Foundation, Pitt is in the upper echelon of all American universities in total federal science and engineering research and development support.

Likewise, the School of Medicine is equally committed to advancing the quality and strength of its medical and graduate education programs, for which it is recognized as an innovative leader, and to training highly skilled, compassionate clinicians and creative scientists well-equipped to engage in world-class research. The School of Medicine is the academic partner of UPMC, which has collaborated with the University to raise the standard of medical excellence in Pittsburgh and to position health care as a driving force behind the region’s economy. For more information about the School of Medicine, see www.medschool.pitt.edu. 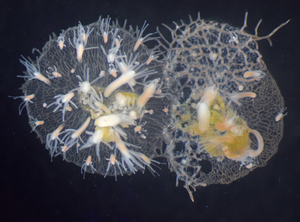 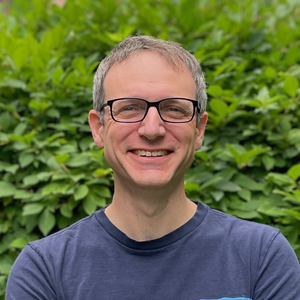