A large wingless wood-eating cockroach, unique to Australia’s Lord Howe Island and thought extinct since the 1930s, has been rediscovered by a University of Sydney biology student.

“For the first 10 seconds or so, I thought ‘No, it can’t be’,” said Maxim Adams, an Honours student under Professor Nathan Lo at the University of Sydney’s School of Biological Sciences. “I mean, I lifted the first rock under this huge banyan tree, and there it was.”

“We found families of them, all under this one banyan,” said Senior Scientist Nicholas Carlile of the NSW Department of Planning and Environment (DPE), who was with Adams exploring North Bay, a secluded white, sandy beach only accessible by foot or water. “In fact, Maxim and Nathan were there for the rest of the week, looked under every other banyan in North Bay, but didn’t find anything.”

The unique Lord Howe Island wood-feeding cockroach (Panesthia lata), once widespread across the archipelago, was thought to have become extinct following the arrival of rats on the island in 1918. Over the next few decades, searches uncovered scattered populations of close relatives on two tiny islands offshore. But the group rediscovered is genetically different from those.

“The survival is great news, as it has been more than 80 years since it was last seen,” said Lord Howe Island Board Chair Atticus Fleming about the find, first made in July 2022. “Lord Howe Island really is a spectacular place, it’s older than the Galápagos islands and is home to 1,600 native invertebrate species, half of which are found nowhere else in the world.

“These cockroaches are almost like our very own version of Darwin’s finches, separated on little islands over thousands or millions of years developing their own unique genetics,” he added.

They may not be cute and cuddly, but the cockroaches are cornerstones of maintaining a healthy ecosystem on the island, acting as important nutrient recyclers, important in speeding the breakdown of logs and as a food source for other species. Which is why the scientists had been exploring the feasibility of re-introducing them to the main island from offshore islets. Now they don’t have to.

“There is still so much to learn,” said Professor Lo, head of the Molecular Ecology, Evolution, and Phylogenetics (MEEP) Lab in the School of Life and Environmental Sciences. “We are hoping to study their habitat, behaviours, and genetics and learn more about how they managed to survive, through further experiments on the island.”

The wingless cockroach is 22-40 mm long, with a metallic body colour that varies from reddish to black. Australia hosts 11 species of Panesthia wood cockroaches, powerful burrowers that live inside and feed on rotten logs in rainforest and open forest in coastal northern and eastern Australia.

They carry specialised micro-organisms in their guts that help digest the cellulose in the wood. Females give birth to nymphs which stay in family groups with the adults. But the unique arthropods behave differently and may have been misnamed.

“Despite its common name suggesting they are wood-feeding cockroaches and that they burrow in rotting logs, we now believe they are more of a ‘rock-roach’, with rocks forming an important component of their habitat, possibly due to their co-evolution alongside the ground foraging Lord Howe Island Woodhen,” said the DPE’s Carlile, who was part of the team of scientists that rediscovered the Lord Howe Island Stick Insect in 2001 on Ball’s Pyramid, a volcanic outcrop 23 km off the coast of Lord Howe Island.

The research is led by the University of Sydney in partnership with the NSW Department of Planning and Environment and the Lord Howe Island Museum and is funded by the Australia and Pacific Science Foundation and the Australian Research Council. 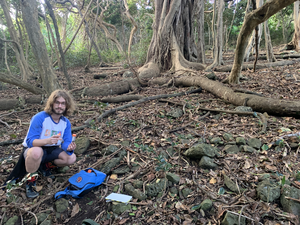 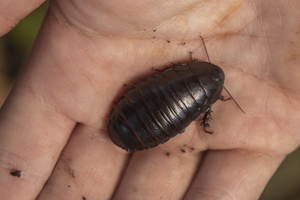 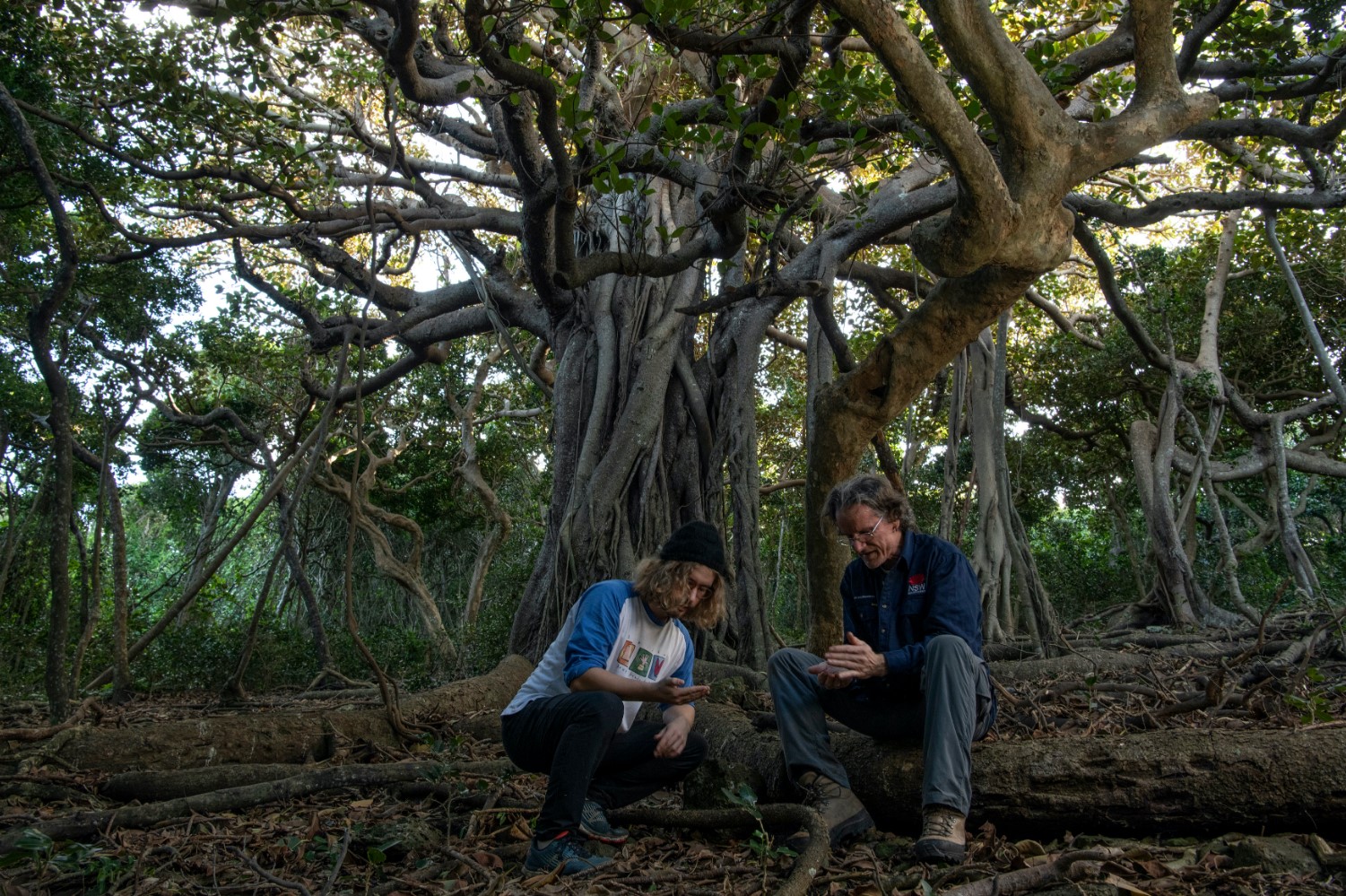 Maxim Adams and Nicholas Carlile under the banyan tree