Long-lasting protection from corrosion is essential for materials used for vehicles and aircraft to ensure structural integrity amid extreme operating conditions. Two chemical pre-treatment processes are widely used in industrial settings to prepare for coating adhesion and protect aluminum alloy surfaces against corrosion. While highly regulated, both processes use large quantities of hazardous compounds with known environmental and health risks.

A multidisciplinary team of scientists at the Department of Energy’s Oak Ridge National Laboratory has applied a laser-interference structuring, or LIS, technique that makes significant strides toward eliminating the need for these hazardous chemicals. The novel application of the LIS method answers a call from the U.S. Department of Defense for research projects that explore nonchemical alternatives for corrosion protection in military vehicles and aircraft systems.

The military operates more than 12,000 aircraft, 10,000 tanks, hundreds of ships and a multitude of other vehicles and weapons systems. DoD owns and operates hundreds of industrial facilities that manufacture and repair these vehicles and equipment, spending more than $20 billion in corrosion protection annually. The agency’s Strategic Environmental Research and Development Program, or SERDP, planned and executed with the Department of Energy and the Environmental Protection Agency, is “focused on developing alternative technologies to eliminate materials and processes that are of environmental concern,” said Robin Nissan, program manager of SERDP and its sister program, the Environmental Security Technology Certification Program.

“Our defense systems require repair and refurbishment,” he said. “Our programs are investing in the development of alternative processes that can ensure robust performance, sustainable practices and eliminate environmental risk.”

Sabau, who specializes in materials processing such as metal casting and solidification, and his team had recently completed a project using LIS for bonding in automotive applications. When he read DoD’s call for research on nonsolvent surface preparation, Sabau recognized that a similar technique could be effective for coating adhesion as well.

In their experiments, they treated aluminum alloy sheets by splitting the primary beam of a pulsed nanosecond laser into two beams and focusing them on the same spot on the specimen surface. This process roughened the surface with periodic structures, changed the surface chemistry and sub-surface microstructure.

“In laser processing, you’re impacting lots of energy on the top surface, and we need to understand what’s happening to the substrate. Is it damaged? Does it crack? Are there any microstructure effects that are not beneficial to corrosion protection?” Sabau said.

“XPS is a material characterization technique that can determine what elements are on the surface — the top 5 to 8 nanometers — of solid materials,” Meyer said. “Before laser processing, XPS was used to determine the chemical composition of the as-received aluminum alloy sheets, which showed high amounts of carbon. XPS was used again to determine if the laser processing cleaned the surface. The results showed a significant reduction of the carbon and was one of our key findings. XPS, along with electron microscopy results, helped us to understand how the native oxide was altered through laser processing.”

Sabau added, “In looking at subsurface characterization, we found a beneficial aspect that we bumped into by accident. In the top layer, we saw the dissolution of copper-rich precipitates, where corrosion can initiate.”

After an aluminum alloy sheet is cleaned, often the surface energy prohibits the coating from sticking properly, a known issue in industrial surface coatings. The team’s next publication, for the International Journal of Adhesion and Adhesives, looked at coating adhesion and found that the LIS method provided adhesion as well as the industry-standard and solvent-intensive CCC and SAA techniques. A patent for coating adhesion was awarded in 2021 based on this LIS technique.

For the adhesion study, McClurg conducted profilometry on the materials, a technique that maps surface contours and provides roughness measurements.

The third paper, published in Corrosion: The Journal of Science and Engineering, outlined the final tests that Sabau’s team conducted with an epoxy primer used by the U.S. military for airplane wings and bodies.

Technician Mike Stephens completed the delicate and time-sensitive task of applying spray coatings of primers and topcoats to exacting DoD specifications on alloy sheets that had been prepared with different treatments. He then exposed the samples to 2,000 hours of salt spray to examine corrosion resistance at multiple periods. Jun led the corrosion testing, investigating how the LIS-prepared surfaces compared to conventionally prepared alloy substrates, both with and without primer and a topcoat.

“The laser interference-treated substrate exhibited higher corrosion resistance,” said Jun, who attributed the result to copper-rich precipitates dissolving. However, on the samples coated with primer or primer and topcoat, LIS did not perform as well as the chemical solvent techniques, with some samples showing blisters within 96 hours of salt spray exposure. However, those blisters were small and remained stable through hundreds of hours of exposure.

The team tested a second set of samples that were simply wiped down with acetone prior to the application of primer, resulting in very little corrosion, and the formation of blisters was delayed by hundreds of hours.

Jun said further investigation to optimize LIS would be worthwhile.

“For a process that was conducted at ambient temperature without solvents, most of the samples performed extremely well,” Sabau said. “This technique is a huge step in the right direction towards nonchemical intensive surface preparation for coatings.”

ORNL is managed by UT-Battelle for the Department of Energy’s Office of Science, the single largest supporter of basic research in the physical sciences in the United States. DOE’s Office of Science is working to address some of the most pressing challenges of our time. For more information, please visit energy.gov/science. 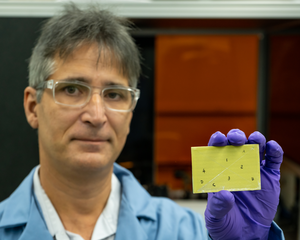 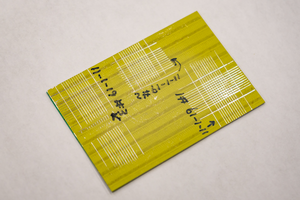