Using X-ray techniques, scientists will study tiny specks of asteroid 162173 Ryugu, collected by a Japanese space mission. Learning more about how this asteroid formed will further our understanding of the solar system, including Earth’s formation.

It’s not uncommon for scientists to bring interesting objects thousands of miles to the U.S. Department of Energy’s (DOE) Argonne National Laboratory for study. But it’s fair to say that the latest of these to land at the laboratory came from much, much farther away, and their journey to Argonne was unique.

A team of Argonne scientists is among the few groups around the world chosen to study tiny fragments of an asteroid. These dust particles came from 162173 Ryugu, part of a group of near-Earth objects called the Apollo asteroids. This asteroid’s orbit brings it within 60,000 miles — about a quarter of the distance to the moon — once every 16 months.

“We will have a unique chance to unravel a key piece of the puzzle that is the formation and evolution of our solar system.” — Barbara Lavina, University of Chicago/Argonne National Laboratory

The fragments were collected by Hayabusa2, a mission operated by the Japanese space agency, JAXA.

These bits of rock are remarkably tiny — each is about 200 microns in diameter, about the size of three human hairs. But they carry with them information about how these asteroids were formed, and may tell us long-hidden secrets about the early days of the solar system, including Earth itself.

Argonne Distinguished Fellow Esen Ercan Alp is leading the research team using the ultrabright X-rays of the Advanced Photon Source (APS), a DOE Office of Science User Facility at Argonne, to examine the asteroid samples. Alp and his colleagues worked for years to be included among the international group of scientists taking a first earthly look at these fragments.

“This is very exciting,” said Alp. ​“We’ve been preparing for this project for two years. We’ve been practicing our X-ray techniques on samples from meteorites that fell to Earth, but they were just a rehearsal for the real thing.”

The APS is the only U.S. facility chosen to study these fragments, and according to Alp, that’s because of a particular X-ray technique he and his team specialize in: Mössbauer spectroscopy. Named after German physicist Rudolf Mössbauer, this technique is highly sensitive to tiny changes in the chemistry of samples, and it allows scientists to determine the chemical composition of these fragments particle by particle.

It is a technique Argonne has been developing since the 1960s, and the laboratory is a world leader in its use.

Over an initial series of observations in June and July, the Argonne team — which includes beamline scientist Barbara Lavina (of the University of Chicago and Argonne) and physicist Jiyong Zhao — took readings of 25 different spots on these fragments using X-ray scattering methods at beamline 3-ID-B at the APS. In September, the fragments will return to Argonne and the team will take more extensive readings using Mössbauer spectroscopy techniques.

Lavina, whose background is in geology, is particularly excited by the chance to study rocks that are literally not of this earth and would not have survived a journey to Earth if not safely stored in a spacecraft.  She noted that the technique the team used is designed to closely investigate the state of iron in samples like these.

“Iron is amongst the finest record-keepers of a rock’s history,” Lavina said.  ​“We will have a unique chance to unravel a key piece of the puzzle that is the formation and evolution of our solar system.”

The thrill of being among the first to even see these asteroid fragments is only amplified by their fantastic voyage from deep space. Just getting the Hayabusa2 module to 162173 Ryugu took more than three years. The module landed on the asteroid in June 2018 and proceeded to survey it for a year and a half.

As part of that mission, the lander deployed a kinetic penetrator, a small explosive device that broke the asteroid’s surface, stirring up rocks and dust that were then collected.

In November 2019, the Hayabusa2 rocket left the asteroid’s orbit, and it returned its precious cargo to Earth in December 2020. Though that was the farthest leg of the fragments’ journey to Argonne, it may not have been the most perilous, as eight of these tiny samples were placed into a box and sent via Federal Express from Japan to Illinois.

“We were watching the tracking information pretty closely,” joked Lavina, while noting that the samples did arrive safely.

The results of the Argonne team’s work are under wraps, and won’t be revealed until a paper is prepared and published. The asteroid fragments, meanwhile, have been sent to another scientific facility, this one in Europe, where another research team will get a chance to observe them.

Alp and his colleagues are anticipating a second opportunity to learn more about these otherworldly objects and to put their well-honed X-ray techniques into practice.

“It’s very significant to be a part of an international endeavor such as this,” Alp said. ​“Our first round was quite successful, but we are just beginning.”

This project is funded in part by a grant from France and Chicago Collaborating in the Sciences (FACCTS), administered by the University of Chicago.

About the Advanced Photon Source

The U. S. Department of Energy Office of Science’s Advanced Photon Source (APS) at Argonne National Laboratory is one of the world’s most productive X-ray light source facilities. The APS provides high-brightness X-ray beams to a diverse community of researchers in materials science, chemistry, condensed matter physics, the life and environmental sciences, and applied research. These X-rays are ideally suited for explorations of materials and biological structures; elemental distribution; chemical, magnetic, electronic states; and a wide range of technologically important engineering systems from batteries to fuel injector sprays, all of which are the foundations of our nation’s economic, technological, and physical well-being. Each year, more than 5,000 researchers use the APS to produce over 2,000 publications detailing impactful discoveries, and solve more vital biological protein structures than users of any other X-ray light source research facility. APS scientists and engineers innovate technology that is at the heart of advancing accelerator and light-source operations. This includes the insertion devices that produce extreme-brightness X-rays prized by researchers, lenses that focus the X-rays down to a few nanometers, instrumentation that maximizes the way the X-rays interact with samples being studied, and software that gathers and manages the massive quantity of data resulting from discovery research at the APS.

Argonne National Laboratory seeks solutions to pressing national problems in science and technology. The nation’s first national laboratory, Argonne conducts leading-edge basic and applied scientific research in virtually every scientific discipline. Argonne researchers work closely with researchers from hundreds of companies, universities, and federal, state and municipal agencies to help them solve their specific problems, advance America’s scientific leadership and prepare the nation for a better future. With employees from more than 60 nations, Argonne is managed by UChicago Argonne, LLC for the U.S. Department of Energy’s Office of Science.

The U.S. Department of Energy’s Office of Science is the single largest supporter of basic research in the physical sciences in the United States and is working to address some of the most pressing challenges of our time. For more information, visit https://​ener​gy​.gov/​s​c​ience. 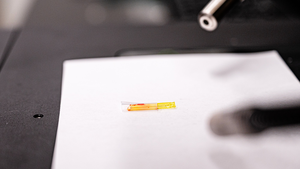 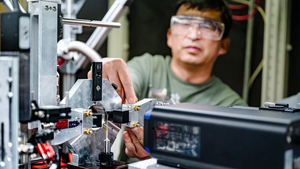 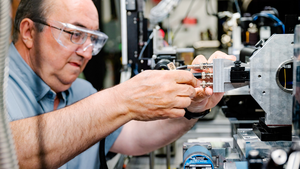