As global temperatures continue to soar unseasonably early, it has added pressure to the many factors piling pressure on Africa's food systems. Other factors include three consecutive years of insufficient rain in East Africa, the economic effects of COVID-19 and the ongoing European geopolitical instability.

What are international scientists doing to enhance food security and nutrition amid rising global temperatures? Dr. Sunil Kumar Sahu, a Shenzhen-based Research Scientist at BGI-Research and the internal Project Manager of the African Orphan Crops Consortium's sequencing (AOCC) project shares his perspectives from working with a global network of scientists.

What's the mission of the AOCC?

The AOCC, in partnership with World Agroforestry (CIFOR-ICRAF), targets to open access the genomic data from some of Africa's most important food and tree crops to improve their nutrition, productivity and climatic adaptability. These crops are often overlooked and less understood but can potentially play an important role to increase African farmers' incomes while combating malnutrition. Dr. Sunil makes three key points:

Dr. Sunil pointed out that in the past few hundred years of colonialism, the local food systems of sub-Saharan Africa have been replaced and dominated by maize and rice, which are not native to Africa. They need more water, have less stress tolerance and are generally less nutritious. However, the local orphan crops which have been neglected by the global scientific community, have special adaptability to grow in these environments. The robustness of orphan crops is vital for farmers to increase their yields and incomes as global temperatures rise.

He shared that, “The AOCC has been sequencing 101 African orphan crops species that are often neglected and not being utilized as per their potential to combat hunger and malnutrition. The crops have been selected by the African Union (AU), based on wider scientific, academic, business, and political consultations. The crops have been prioritized based on their importance to local communities, their economic potential, nutritional value, and adaptability to the local climates. So far, we have sequenced over ten orphan crops, such as African eggplant, breadfruit, jackfruit and the moringa.”

The AOCC has identified genes that have potential to impart tolerance to high temperatures, drought, and high salinity while providing excellent nutrition. For example, the jackfruit has high starch content. The AOCC's jackfruit sequencing results identified massive expansion of genes related to starch and sugar metabolism which explains why these fruits are very sticky, large and store a lot of energy and nutrition, including various vitamins, and proteins. Many studies have also shown that jackfruit is suitable for pre-diabetics and diabetics.

Jackfruit is one of the largest fruit or vegetable in the world since it is a fruit that is eaten raw when ripe. In many African and Asian countries including India, unripe jackfruit is cooked. In western countries, it is known as “pulled pork” because it tastes like meat when cooked.

Dr. Sunil also shared that he has a soft spot for eggplant due to its excellent taste and nutrition composition. BGI in collaboration with Huazhong Agricultural University, developed a hybrid eggplant-tomato plant so that it is possible for one plant to provide both eggplant and tomatoes to enhance agricultural productivity.

However, two-thirds of global calories are derived from just five crops. Therefore, BGI is keen to improve the yields for major crops. Using multi-omics research, BGI has developed an improved version of perennial rice by crossbreeding varieties. With perennial rice, you can harvest the rice seeds multiple times, but it will grow back. Unlike normal rice where farmers start from zero for every crop, perennial rice can be harvested for 3 to 5 years, giving them more production, with less labor cost. This rice is being grown in many regions worldwide. Recently, BGI did a field trial in African countries such as Uganda.

At the AOCC, one of the most important challenges is collecting samples, because this may mean traveling to remote locations. African AOCC team members play an important role by collecting these samples and sending it to us. But sometimes, shipping the samples from Africa to China is not easy due to customs issues. They then extract the DNA by themselves and send the DNA to Dr. Sunil to streamline the transportation process and indirectly reducing the time he spends to do this task.

Dr. Sunil notes that, “At BGI-Research, we have access to some of the world's leading genomics and bioinformatics labs at one location. In India, lab facilities are not as abundant or in one location, we often send our samples overseas for genetic sequencing and must wait. If I had access to BGI's facilities during my doctorate studies in India, I could have finished my 3 years' worth of work within 6 months!”

India is one of the most biodiverse countries in the world with several plant species being endemic to the country. And agriculture is one of the most important pillars of the Indian economy. Agriculture, productivity and nutrition are becoming more important than ever before. In Dr. Sunil's opinion, India and BGI can work more closely together to enhance food security and nutrition.

Likewise, Africa is also very biodiverse. The AOCC project seeks to sequence additional varieties of crops. It is possible to use BGI's technology and resources to gain detailed insight into these crops' strong adaptation to the harsh environment of Africa, especially regarding high temperatures and limited water availability. Based on these findings, scientists can improve those varieties by increasing their productivity and making these crops more tolerant to the harsh environment. This is important for the African population as the continent is poised to contribute 25% of the world population in 2050.

A Voice from the AOCC

Prof. Allen Van Deynze, Scientific Director for AOCC: At the AOCC, it is amazing to see the enthusiasm to improve the lives of Africans by leveraging each other’s strengths, sometimes in very creative manners. We continue to innovate with new technologies such as the single-cell work being done at BGI. It is critical though to develop and implement impactful objectives that will directly affect the final stakeholder—the African population in our case. This is the reason we believe that well-trained African plant breeders working in national programs are key to developing new plant varieties using BGI and partner technologies to develop the full value-chain.

BGI Genomics, headquartered in Shenzhen China, is the world's leading provider of genomic sequencing and proteomic services. In July of 2017, as a subsidiary of BGI Group, BGI Genomics (300676.SZ) was officially listed on the Shenzhen Stock Exchange, consolidating its position as a world-leading genomic testing and research service provider. 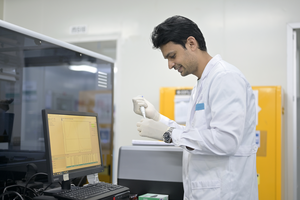 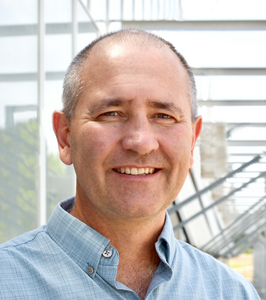