TAMPA, Fla. (Aug. 4, 2022) – While lumber was widely unavailable and prices were soaring to historic highs during the coronavirus pandemic, a University of South Florida mechanical engineering student was developing a cost-effective alternative. Now funded by the National Science Foundation, doctoral student John Cotter is manufacturing a recycled plastic building material that can replace structural lumber.

The ultra-strong recycled material, Recycled Plastic Lumber, is made of polymer-reinforced composites, a material that is reinforced like concrete. The material will be used as a replacement for wood to create fence posts that can last 30 to 50 years, about three times longer than a wood fence.

The NSF grant runs until May 2023. Cotter will spend that time refining and perfecting the material. He’s working alongside doctoral student Tia Sayers and Rasim Guldiken, associate professor of mechanical engineering, to integrate customer feedback into revisions. From there, he will begin the product approval process to get it to market and into the hands of customers.

Based on initial customer interviews, wood fence posts typically last 10 to 20 years. In certain locations subjected to severe weather, such as in Florida, customers reported problems as soon as five years after installation. The team learned wood fence customers most commonly experience rotting from moisture and severe warping from the heat that requires rework. Both problems impact the strength and durability of fences.

“The focus is making a material that is efficient for the price based on the strength provided,” Cotter said.  “The secret behind the technology isn’t necessarily the polymer itself, but the reinforcement method.”

Cotter developed a reinforcement method that can be utilized with extrusion processes – where plastic is heated, melted and squeezed through a specialized machine tool. Instead of squeezing to make a shape, reinforcement is fed through the tool and coated with polymer.

Cotter intends to devote his future to exploring and manufacturing low-cost structural materials. He was issued his first patent for Recycled Plastic Lumber in 2021 and has another one pending. Both involve the use of glass as a cost-effective structural material, including as a reinforcement for the polymers used in the fence posts.

Not only is he planning to explore ways to expand the current concept to additional wood applications, such as decking, but he’s already started constructing another fence alternative based on needs and requests received during the initial customer discovery – a concrete that is reinforced and infilled with recycled product that can be installed similarly as to wood.

Over the last 14 years teaching mechanical engineering, Guldiken says Cotter’s entrepreneurship stands out. Cotter’s forward-thinking mindset has led to solutions for real-life problems and ultimately a bridge from academia to his future career.

“What we are doing in the classroom and lab can have a big impact, even globally,” Guldiken said. “The main goal is not to make money, but to help our citizens.”

About the University of South Florida

The University of South Florida, a high-impact global research university dedicated to student success, generates an annual economic impact of more than $6 billion.  Over the past 10 years, no other public university in the country has risen faster in U.S. News and World Report’s national university rankings than USF. Serving more than 50,000 students on campuses in Tampa, St. Petersburg and Sarasota-Manatee, USF is designated as a Preeminent State Research University by the Florida Board of Governors, placing it in the most elite category among the state’s 12 public universities. USF has earned widespread national recognition for its success graduating under-represented minority and limited-income students at rates equal to or higher than white and higher income students. USF is a member of the American Athletic Conference. Learn more at www.usf.edu. 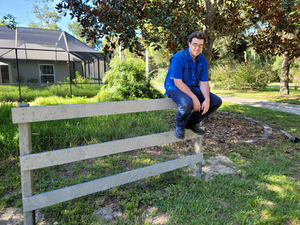 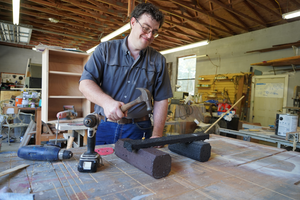 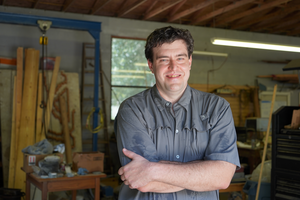