If you’ve ever tried to carry on a conversation in a noisy room, you’ll be able to relate to the scientists and engineers trying to “hear” the signals from experimental quantum computing devices called qubits. These basic units of quantum computers are early in their development and remain temperamental, subject to all manner of interference. Stray “noise” can masquerade as a functioning qubit or even render it inoperable.

That’s why physicist Christian Boutan and his Pacific Northwest National Laboratory (PNNL) colleagues were in celebration mode recently as they showed off PNNL’s first functional superconducting qubit. It’s not much to look at. Its case—the size of a pack of chewing gum--is connected to wires that transmit signals to a nearby panel of custom radiofrequency receivers. But most important, it’s nestled within a shiny gold cocoon called a dilution refrigerator and shielded from stray electrical signals. When the refrigerator is running, it is among the coldest places on Earth, so very close to absolute zero, less than 6 millikelvin (about −460 degrees F).

The extreme cold and isolation transform the sensitive superconducting device into a functional qubit and slow down the movement of atoms that would destroy the qubit state. Then, the researchers listen for a characteristic signal, a blip on their radiofrequency receivers. The blip is akin to radar signals that the military uses to detect the presence of aircraft. Just as traditional radar systems transmit radio waves and then listen for returning waves, the physicists at PNNL have used a low-temperature detection technique to “hear” the presence of a qubit by broadcasting carefully crafted signals and decoding the returning message.

This is not directly measuring the quantum signal, but rather looking for the trail it leaves behind. One of the many oddities of quantum computing is that scientists can’t measure the quantum state directly. Rather, they probe its impact on the strategically prepared environment around it. This is why PNNL’s expertise in radiofrequency transmission and signal detection has been essential, said Boutan. Any uncontrolled background noise can destroy the qubit coherence.

All of this special care is necessary because the quantum signals the research team is trying to detect and record can rather easily be swamped out by competing “noise” from a variety of sources, including the materials in the qubit itself.

It’s early days in quantum computing. Existing prototypes such as the one operating in PNNL’s physics lab could be compared to the Macintosh personal computer when Apple founder Steve Jobs and his friends emerged from their garage. Except the investment and stakes are a lot higher at this stage in the quantum computing era.

Scientists are particularly focused on quantum computers’ potential to solve pressing problems of energy production, use, and sustainability. That’s why the U.S. government investment alone totals more than $1 billion through the National Quantum Initiative and the Department of Energy’s National Quantum Information Science (QIS) Research Centers, which are focused on pushing forward the science of quantum computing.

PNNL, which is contributing to three of the five QIS centers, is working on several aspects of quantum information sciences, including revealing and eliminating the sources of interference and noise that throw qubits out of the useful state called “coherence,” writing computer codes that take advantage of these quantum computers, and improving the material design and construction of the qubits themselves. Boutan’s research on microwave quantum sensing is supported through PNNL’s Laboratory Directed Research and Development program.

The care and feeding of qubits

Superconducting qubits are made of exotic metals that react with oxygen in the atmosphere, creating metal oxides. You’ve seen this happening when iron turns to rust.

“It's a materials problem,” said Brent VanDevender, a PNNL physicist working on sources of interference in qubits. “We call them two-level systems. The term refers to all the defects in your material, such as the oxides, that can mimic the qubit behavior and steal energy.”

PNNL materials scientist Peter Sushko and his colleagues are working on the challenge of stopping qubit “rust” with collaborators at Princeton University through their affiliation with the C2QA QIS Center. There, a team of researchers has developed one of the most durable qubits yet reported. And yet, metal oxides quickly form on the exposed surface of these superconducting qubit devices.

Working with their Princeton collaborators, Sushko and his team have proposed a protective coating that can interfere with oxygen in the air interacting with the surface of qubits and causing them to oxidize.

“Our goal is to remove disorder and to be compatible with the underlying structure,” said Sushko. “We are looking at a protective layer that will sit on top in an orderly way and prevent oxidation, minimizing the effects of disorder.”

This research builds upon foundational research by PNNL materials scientist Marvin Warner and colleagues. They have been building a body of knowledge about how to shield sensitive superconducting metal-based devices by applying a micro-coating that effectively protects the surface from damage that can impact performance.

“Controlling surface chemistry to protect emergent quantum properties of a material is an important approach to developing more stable and robust devices,” Warner said. “It plays perfectly into the strengths of PNNL as a chemistry laboratory.”

Soon the team will construct the proposed solution in the Princeton University Quantum Device Nanofabrication Laboratory. Once built, it will undergo an array of tests. If successful, the qubit could be ready for rigorous tests of its longevity when faced with qubit-coherence-destroying bombardment by atmospheric radiation, also known as cosmic rays.

You can count on one hand the number of places in the United States set up to study qubit fidelity in a well-shielded underground environment. Soon PNNL will be among them. Preparations are well underway to set up an underground qubit test facility within PNNL’s Shallow Underground Laboratory. Decades of research on the effects of ionizing radiation have prepared PNNL scientists to establish how well quantum devices can tolerate interference from bombardment by natural radiation sources. Here, researchers and technicians are busy setting up a dilution refrigerator similar to the one in PNNL’s physics lab.

Within an ultra-clean room with world-leading ultra-pure material synthesis and ultra-low background radiation detection, experimental qubits will be put through their paces in a custom lead shielded environment that reduces external gamma-rays by more than 99 percent.

Within the year, PNNL will be prepared to complete the full cycle of qubit testing, from design and theory, to microfabrication, to environmental testing, to deployment with research partners.

“Fully functional quantum computers will only be useful when they become reliable,” said Warner. “With our research partners, we are preparing today to help usher in that era today.”

Pacific Northwest National Laboratory draws on its distinguishing strengths in chemistry, Earth sciences, biology and data science to advance scientific knowledge and address challenges in sustainable energy and national security. Founded in 1965, PNNL is operated by Battelle for the Department of Energy’s Office of Science, which is the single largest supporter of basic research in the physical sciences in the United States. DOE’s Office of Science is working to address some of the most pressing challenges of our time. For more information, visit https://energy.gov/science. For more information on PNNL, visit PNNL's News Center. Follow us on Twitter, Facebook, LinkedIn and Instagram. 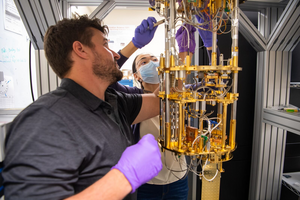 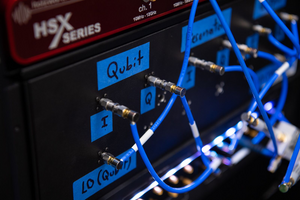 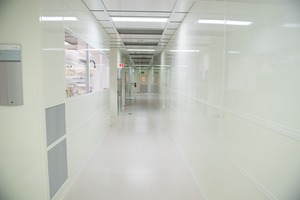