A condom designed to increase sexual pleasure has the potential to increase protected sex and decrease sexually transmitted infections, a new study suggests. The new condom, called CSD500 and not currently available in the United States, includes a gel designed to enhance erection firmness, size and duration. The randomized, controlled study led by researchers at The Ohio State University compared CSD500 to standard condoms, and both men and women in the test condom group reported greater enjoyment. 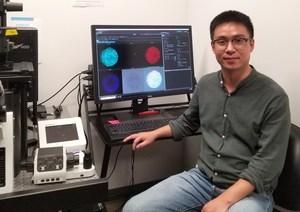 A protein known as Lefty pumps the brakes as human embryos begin to differentiate into the bones, soft tissues and organs that make us.

Penn State researchers found that among Black youth between the ages of 11 and 19 with high body mass indexes (BMI), those who reported a strong sense of racial identity also reported fewer weight concerns. This was true for both girls and boys.

The origin of water on our planet is a hot question: Water has immense implications for plate tectonics, climate, the origin of life on Earth, and the potential habitability of other Earth-like planets. In a recent study in Physical Review Letters, a Skoltech professor and his Chinese colleagues suggest a chemical compound that — although now extinct — could have preserved water deep underground in the violent era when massive collisions must have evaporated the Earth’s surface water. The hero is magnesium hydrosilicate, with the formula Mg2SiO5H2, which is over 11% water by weight and is stable at pressures of more than 2 million atmospheres and extremely high temperatures. Such pressures exist in the Earth’s core. The new hypothesis of water origin has implications for other celestial bodies, too. “Mars, for example, is too small to produce pressures necessary to stabilize magnesium hydrosilicate,” Oganov says. “This explains why it is so dry and means that whatever water exists on Mars, it likely came from comets.” 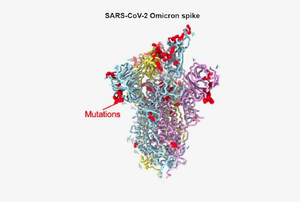 Scientists have determined the precise structural changes, caused by 37 mutations in the spike protein of the omicron variant of the pandemic coronavirus. Their observations help explain how this variant is able to evade antibodies against previous variants and still remain highly infectious. Structural and functional studies like this could provide a blueprint for researchers seeking to design new countermeasures, such as vaccines or therapeutics, against omicron or other coronavirus variants that may emerge. 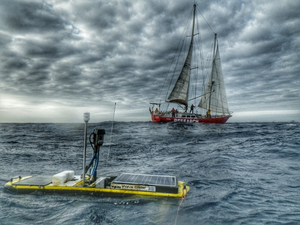 Storms over the waters around Antarctica drive an outgassing of carbon dioxide into the atmosphere, according to a new international study with researchers from the University of Gothenburg. The research group used advanced ocean robots for the study, which provides a better understanding of climate change and can lead to better global climate models.

Journal
The Annals of Thoracic Surgery

MIAMI—A new study found that seafloor sediments have the potential to transmit a deadly pathogen to local corals and hypothesizes that sediments have played a role in the persistence of a devastating coral disease outbreak throughout Florida and the Caribbean.