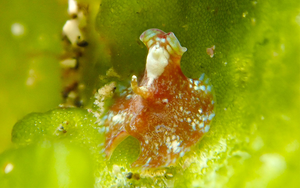 Researchers from the University of Tsukuba have discovered a new species of marine worm called Amphiscolops oni. The worms have an appendage, which appears to be a sensory organ and represents a new evolutionary feature within this group of organisms. The worms also showed unique behaviors, which could help with taxonomic studies of this group. These worms are important to the study of bilaterally symmetrical animals, which includes all vertebrates, including humans.

Hatchery-raised steelhead trout have offspring that are good at gaining size under hatchery conditions but don’t survive as well in streams as steelhead whose parents are wild fish, new research by Oregon State University shows.

The Earth BioGenome Project is a global effort to map the genomes of all plants, animals, fungi and other microbial life on Earth. The EBP is entering a new phase as it moves from pilot projects to full-scale production sequencing. A special feature section published this week (Jan. 17) in Proceedings of the National Academies of Science describes the project’s goals, achievements to date and next steps. 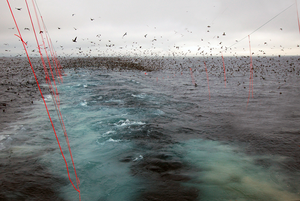 A new analysis led by the University of Washington looks at how effective fishing closures are at reducing accidental catch. Researchers found that permanent marine protected areas are a relatively inefficient way to protect marine biodiversity that is accidentally caught in fisheries. Dynamic ocean management — changing the pattern of closures as accidental catch hotspots shift — is much more effective.

New research by Simon Fraser University physicists Matthew Leighton and David Sivak is shedding new light on how to keep the systems of molecular “machines” within our cells working together.

A new report from academics at Coventry University and City, University of London, recommends legislative and policy changes for the protection of pregnant women and their unborn children under the criminal justice system in England and Wales. The report follows the death of a new-born baby at HMP Bronzefield in 2019 to a prisoner who gave birth alone in her cell, and a stillbirth at HMP Styal in 2020 to a woman who did not realise she was pregnant and was not visited by the prison’s duty nurse despite complaints of acute abdominal pain. 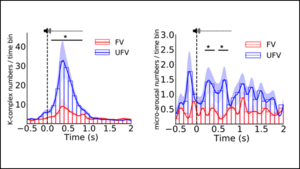 A good night’s sleep is not as simple as it appears. While you snooze, your brain continues to monitor the environment, balancing the need to protect sleep with the need to wake up. One example of how the brain accomplishes this is by selectively responding to unfamiliar voices over familiar ones, according to new research published in JNeurosci.

Brain function of patients with Parkinson's disease improves with regular exercise. Exercise strengthens connections between different brain areas and it inhibits brain shrinkage. Control over movements also improved in patients who cycled on an exercise bike for 45 minutes three times a week for six months. 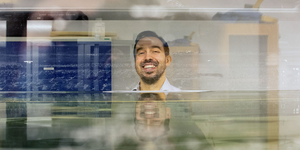 Jason Hearst, an associate professor at the Norwegian University of Science and Technology, has been awarded an ERC Starting Grant from the European Research Council (ERC). He will investigate how turbulence affects the ocean’s ability to absorb CO2.