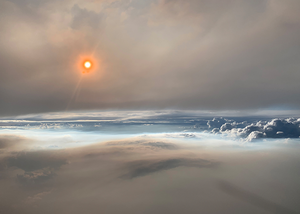 New research modeling smoke from two recent megafires sets the stage for better forecasting of how emissions from these global-scale events will behave and impact temperatures. As huge wildfires become more common under climate change, increased attention has focused on the intensity and duration of their emissions, which rival those of some volcano eruptions. 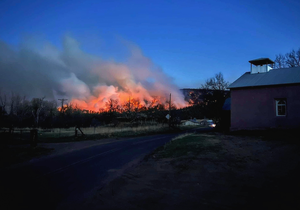 As fierce wildfires spread through New Mexico, burning hundreds of structures and forcing thousands of residents to evacuate, Sandia National Laboratories found a way for the workforce to help.

A new method of detecting mega earthquakes, which picks up on the gravity waves they generate by using deep-learning models created at Los Alamos National Laboratory, can estimate earthquake magnitude in real time and provide earlier warning of tsunamis. 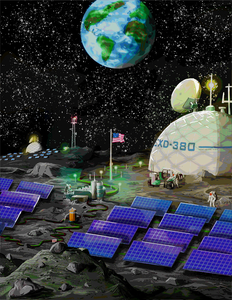 Sandia National Laboratories engineers are working with NASA to design the system controller for a reliable, resilient microgrid on the moon. 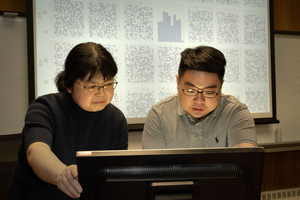 Chemists at the U.S. Department of Energy’s Brookhaven National Laboratory have developed a new machine-learning (ML) framework that can zero in on which steps of a multistep chemical conversion should be tweaked to improve productivity. The approach could help guide the design of catalysts—chemical “dealmakers” that speed up reactions.

Perovskite materials may hold the potential to play an important role in a process to produce hydrogen in a renewable manner, according to an analysis from scientists at the National Renewable Energy Laboratory (NREL). Hydrogen has emerged as an important carrier to store energy generated by renewable resources, as a substitute for fossil fuels used for transportation, in the production of ammonia, and for other industrial applications. Key to the successful use of hydrogen as a fuel is being able to meet the Department of Energy’s Hydrogen Energy Earthshot—a recently announced goal to cut the cost of clean hydrogen by 80% to $1 per kilogram in a decade. 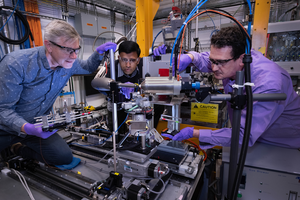 In a paper just published in the journal Advanced Materials, a team of scientists from Northwestern University and Brookhaven National Laboratory describe the previously hidden sub-nanoscale origins of exceptional thermoelectric properties in silver gallium telluride. The discovery reveals a quantum mechanical twist on what drives the emergence of these properties—and opens up a completely new direction for searching for new high-performance thermoelectrics. 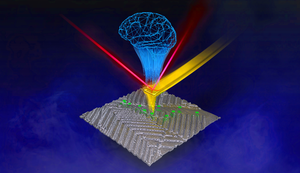 Researchers at the Department of Energy’s Oak Ridge National Laboratory are teaching microscopes to drive discoveries with an intuitive algorithm, developed at the lab’s Center for Nanophase Materials Sciences, that could guide breakthroughs in new materials for energy technologies, sensing and computing.