The risk of invasive breast cancer in men may be associated with self-reported infertility in the male partner finds a study published in the open-access journal Breast Cancer Research. 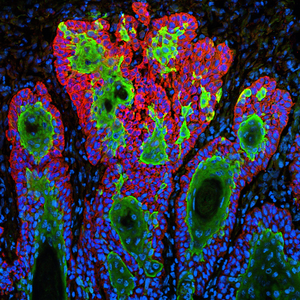 For University of Colorado Cancer Center member Joanna Arch, PhD, an associate professor of psychology and neuroscience at CU Boulder, the early days of the pandemic were a time to consider how cancer survivors who previously participated in group Acceptance and Commitment Therapy (ACT) were coping with the fear and uncertainty. What she learned and documented in recently published research is that prior treatment with ACT did not provide protective benefit to cancer survivors feeling anxious during the pandemic, and that future ACT interventions may need to be targeted to pandemic-specific stressors.

Using compounds from venom — poisons intended to hurt or kill — as therapeutics might seem counter-intuitive. Nevertheless, researchers are identifying venom proteins that could help treat a variety of medical conditions. Some recent papers published in ACS journals report insights into the medical uses of these proteins.

Ovarian cancer kills 14,000 women in the United States every year. It’s the fifth leading cause of cancer death among women, and it’s so deadly, in part, because the disease is hard to catch in its early stages. Patients often don’t experience symptoms until the cancer has begun to spread, and there aren’t any reliable screening tests for early detection. A team of researchers is working to change that. The group includes investigators from Memorial Sloan Kettering Cancer Center, Weill Cornell Medicine, the University of Maryland, the National Institutes of Standards and Technology, and Lehigh University. Two recent papers describe their advancements toward a new detection method for ovarian cancer. The approach uses machine learning techniques to efficiently analyze spectral signatures of carbon nanotubes to detect biomarkers of the disease and to recognize the cancer itself. 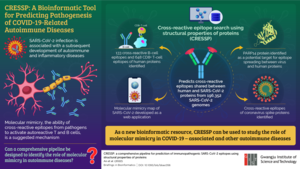 COVID-19 infections, caused by the SARS-CoV-2 virus, have been associated with a subsequent development of autoimmune diseases. “Molecular mimicry,” characterized by a structural similarity between pathogen and host molecules, is a suggested mechanism. However, investigating the underlying mechanism has been challenging due to the lack of a comprehensive pipeline. Now, Gwangju Institute of Science and Technology researchers provide a highly effective and visually interactive solution to this problem. 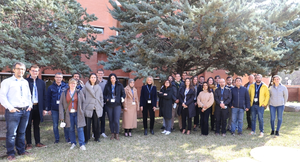 The Barcelona Supercomputing Center (BSC) coordinates QUSTom, a new European project that aims to introduce a new medical imaging modality based for the first time on ultrasound and supercomputing, which will complement or even replace current techniques that use X-rays such as mammograms. This technology will be completely safe for patients as it does not use any type of radiation. It will also offer a superior image quality and better monitoring of tumors, among other advantages.

A recent database analysis reveals that in recent years, sexual minority individuals—those whose sexual orientation differs from societal norms—were less likely to have undergone cervical cancer screening tests than heterosexual counterparts, with Hispanic sexual minority individuals having the lowest screening rates. The findings are published by Wiley online in CANCER, a peer-reviewed journal of the American Cancer Society.

Osaka University researchers identified a biomarker that could potentially be used to evaluate if a liver cancer tumor will respond to certain immunotherapy drugs. Through a multi-omics approach, they found that liver tumors with fat accumulation, called steatosis, tended to have an immune cell-enriched, but exhausted and immunosuppressive microenvironment. Many of these patients were responsive to immunotherapy. MRI scans helped find steatosis in tumors, which could be used to screen patients prior to treatment decisions. 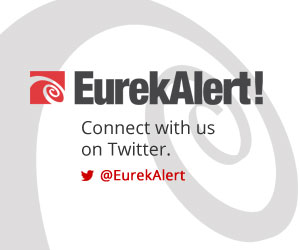