Intimacy of domestic space was an equally crucial aspect of LGBTQ life in the postwar era, according to Stephen Vider, assistant professor of history and director of the Public History Initiative in the College of Arts and Sciences. Vider delves into that history in his new book, “The Queerness of Home: Gender, Sexuality, and the Politics of Domesticity after World War II". 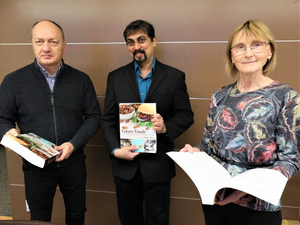 Manufacturing pharmaceuticals cost-effectively is one of the items on the wish list of biochemists and biotechnologists as drug regulatory authority in the US has approved large-scale production and clinical trials of drugs developed through diverse production routes including viruses, animals, and plants. Normally, the production and purification of expressed proteins cost around 70 and 30% of the total cost, respectively. Several pharmaceutical proteins have been synthesized exploiting plant's genetic systems with overriding impact on conventional approaches used to manufacture pharmaceuticals. This book covers an array of topics relevant to structure, function, regulation, and mechanisms of action, biochemical significance, and usage of proteins and peptides as biomarkers, therapeutics, and vaccines for animals and humans with aims to highlight current progress from three directions, including system biology – in vivo characterization of proteins and peptides, molecular pharming for animals and molecular pharming for humans. Further, different production platforms and applications of expressed proteins have given special attention. Frontiers in Molecular Pharming will serve as a springboard for discoveries in protein and peptide research and its applications. Thus, this book will be an invaluable resource for students and researchers of biochemistry, molecular biology, and biotechnology.

Precision medicine is a disruptive innovation with a fast-evolving pace in the healthcare ecosystem. Precision medicine enables precise diagnosis and targeted treatment by considering individual variability in the abnormalities of causative genes and molecular drivers behind biochemical mechanisms. A vast amount of data created by advanced omics technologies is a foundation of precision medicine’s success, and the implications of the findings from these technologies can potentially improve clinical outcomes.

This handbook “Vertical Axis Hydrokinetic Turbines: Numerical and Experimental Analyses” is a guide to numerical and experimental processes that are used to analyze and improve the efficiency of vertical axis rotors. Chapters present information that is required to optimize the geometrical parameters of rotors or understand how to augment upstream water velocity. This book focuses on the performance optimization of different proposed configurations of vertical axis water rotors. The book is composed of four chapters.

The exponential growth of vehicles and the human population (especially in the urban/metropolitan area) results in many challenges while information collecting, processing, predicting, and integrating various intelligent technologies. To furnish daily work and lead life, everyone is directly dependent upon transportation, which is inter-related to traffic density, mobility, traffic demands, etc. In urban areas, the traffic demands have grown faster than the construction of required infrastructure, reduced the mobility of vehicles, and increased traffic congestion, which is one of the serious problems each city in the country is facing. The objective of this book “Computational Intelligence for Sustainable Transportation and Mobility - Volume 1“ is to provide a detailed understanding of the Computational Intelligence techniques with the main focus on sustainable transportation and mobility field. The final goal is to connect and utilize the new CI techniques to interdisciplinary areas that can be put to good use. The primary emphasis of this book is to introduce computational intelligence techniques, challenges, issues, and concepts to researchers, scientists, and academicians at large.

Thriving across the Lifespan and Around the Globe: Day in the Life Visual Research Approach is the result of several decades of international, pan-disciplinary research-team collaborations using quasi-ecological visual methodologies to investigate the psychosocial development of children in diverse communities. The initial studies highlighted in this work involved filming a ‘Day in the Life’ of toddlers and primary school children, their families, and schools in diverse communities in Asia, South and North America, and Europe. Filmed in their homes and communities for an entire day, the youngest participants were commonly seen to be thriving in diverse psychosocial domains, such as in their security strivings, emergent literacy and graphic representations, and musicality. Research shows that the nature of a child's development can vary in as many ways as there are diverse contexts. Thriving in the transition from home to primary school is a second developmental milestone investigated in the research.

The field of nanotechnology evolved as a discipline and is not a mere specialization. It requires multiple fields such as engineering, physics, chemistry, mathematics, medicine, and pharmacy to be integrated. This book provides a quick review of the practical aspects of these diverse arenas. Advances in nanotechnology have increased the feasibility to tailor the functional modalities that assist in targeting selective biological barriers for drug delivery and other biomedical applications. This book provides knowledge to the students interested in nanotechnology research. This book paves a path between pharmacy and Nano science while striking an equilibrium between approachability and depth. 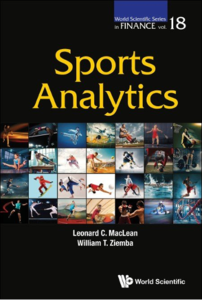 “Sports Analytics” is an invaluable book which brings together the authors’ ideas and insights on sporting events, players and games. It focuses on both the statistics of the sporting events as well as the betting on the events. With its collection of papers which apply analytic techniques to popular sports, the book is a great resource for coaches, players, and sports bettors. 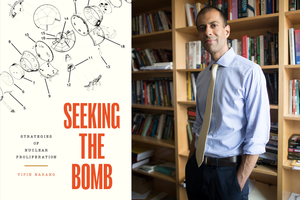 MIT political scientist Vipin Narang’s new book, “Seeking the Bomb,” looks at the variety of tactics countries use as they attempt to acquire nuclear weapons.

Recent Advances in Analytical Techniques is a book series focused on leading-edge research on developments in analytical chemistry, analytical biochemistry, micro extraction and other techniques crucial for determining physical and chemical compositions of structures and materials. Each volume highlights a number of important topics central to research in the field including sample preparation, methods and improvements in analytical machinery. Reviews in the series also present practical examples of applied methods in professional and experimental settings.