The impacts of COVID-19 on crime and justice continue to unfold amid a social justice reckoning and calls for significant reform in criminal justice around the world. Among the questions that have arisen: What has been the impact, if any, of COVID-19 on the quality of justice during this period? Did the pandemic exacerbate already-challenged areas of criminal justice response such as family and domestic violence or criminal gang activity? Did the pandemic provide opportunities for new crime categories and quell others? Did COVID-related restrictions reveal new insights into police-community interactions? How did the pandemic affect those under criminal justice supervision? These questions and more are being addressed by scholars from the American Society of Criminology in a special issue of Criminology & Public Policy, the flagship policy and practice issue of the society, edited by Cynthia Lum and Christopher Koper at George Mason University.

Advancing our understanding of the human brain will require new insights into how neural circuitry works in mammals, including laboratory mice. These investigations require monitoring brain activity with a microscope that provides resolution high enough to see individual neurons and their neighbors.

Wearable fitness technologies, like smart watches and fitness trackers, are becoming increasingly common, but the reliability of their data is a concern for researchers, consumers, and manufacturers alike. A global group interested in wearable technologies has launched a networking hub to help ensure the quality, accuracy, and accessibility of devices. 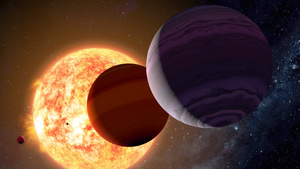 An international team of scientists, in which researchers from the Instituto de Astrofísica de Canarias (IAC) participate together with other institutions from Spain, Italy, Germany, Belgium, UK, and Mexico, has been able to measure the masses of the giant planets of the V1298 Tau system, just 20 million year old. Masses for such young giant planets had not been obtained previously, and this is the first evidence that these objects have already reached their final size at very early stages of their evolution. For this study they have used radial velocity measurements from the HARPS-N spectrographs, at the Roque de los Muchachos Observatory (ORM), and CARMENES, at the Calar Alto Observatory. The results are published today in the journal Nature Astronomy. 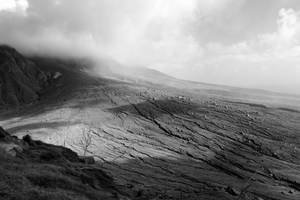 Scientists have discovered that two intense spells of volcanic activity triggered a period of global cooling and falling oxygen levels in the oceans, which caused one of the most severe mass extinctions in Earth history - the 'Late Ordovician Mass Extinction’, 450 million years ago.

After analysing the global plastics supply chain, ETH researchers found that the impact of plastics on the climate and health is greater than thought due to the increased use of coal for process heat, electricity and as a raw material in production.

Human beings, like most mammals, need social interactions to live and develop. The processes that drive them towards each other require decision making whose brain machinery is largely misunderstood. To decipher this phenomenon, a team from the University of Geneva (UNIGE) has studied the neurobiological mechanisms at stake when two mice come into contact through learning a task. They observed that the motivation to invest in a social interaction is closely linked to the reward system, via the activation of dopaminergic neurons. These results, to be read in the journal Nature Neuroscience, will make it possible to study physiologically the possible dysfunctions of these neurons in diseases affecting social interactions, such as autism, schizophrenia or depression.