When elderly people stay active, their brains have more of a class of proteins that enhances the connections between neurons to maintain healthy cognition, a UC San Francisco study has found. 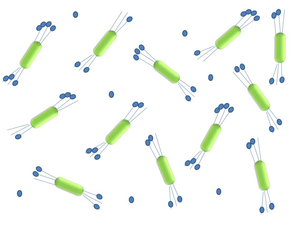 Scientists develop plant-based “hairy nanocrystals” to remove excess chemotherapy drugs from the blood. The nanocrystals have proven to remove the drugs at effective levels and in a sustained manner. These nanocrystals have the potential for other applications, as well, such as retrieving valuable elements from electronic waste.

Fundamental changes in the ocean, such as warming, acidification or oxygen depletion, may have significant consequences for the composition of fish stocks, including the displacement of individual species. Researchers at Kiel University (CAU), together with colleagues from Germany, Canada, the USA, and France, have reconstructed environmental conditions of the warm period 125,000 years ago (Eemian interglacial) using sediment samples from the Humboldt Current System off Peru. They were able to show that, at warmer temperatures, mainly smaller, goby-like fish species became dominant and pushed back important food fish such as the anchovy (Engraulis ringens). The trend is independent of fishing pressure and fisheries management. According to the study, the greater warming of the Humboldt Current System as result of climate change has more far-reaching implications for the ecosystem and the global fishing industry than previously thought. The findings appeared in the journal Science, January 7.

Bruce Stanfill, an associate professor and researcher at The University of Texas at San Antonio (UTSA) and Chris Hoffmann, a Marine Corps combat veteran and founder of the Ambitious VET Network sketched a study framework to examine where and how veterans transitioning from military service to civilian life were thriving, treading water or struggling. The researchers found a strong link between community support and a fulfilling life after military service. Hoffmann believes that there are common causes of why some veterans struggle in their search for life satisfaction, but he needed help analyzing the complex data he had collected through interviews.

How can we shift from a state of inattentiveness to one of highest attention? The locus coeruleus, literally the “blue spot,” is a tiny cluster of cells at the base of the brain. As the main source of the neurotransmitter noradrenaline, it helps us control our attentional focus. Synthesizing evidence from animal and human studies, scientists at the Max Planck Institute for Human Development and the University of Southern California have now developed a novel framework describing the way the blue spot regulates our brain’s sensitivity to relevant information in situations requiring attention. Their findings have been published in an opinion article in the journal Trends in Cognitive Sciences. 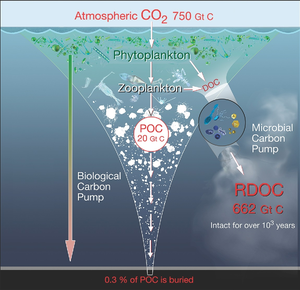 In a paper published in Science China Earth Sciences, Scientists assessed the carbon fixation and sequestration in the South China Sea by using a coupled physical-biogeochemical and eddy-resolving model. The fluxes of phytoplankton primary productivity, export of particulate organic carbon and budget of biologically produced dissolved organic carbon are assessed.

A philosophy team from Ruhr-Universität Bochum (RUB) and the University of Antwerp analysed the role self-deception plays in everyday life and the strategies people use to deceive themselves. In the journal Philosophical Psychology, Dr. Francesco Marchi and Professor Albert Newen describe four strategies used to stabilise and shield the positive self-image. According to their theory, self-deception helps people to stay motivated in difficult situations.