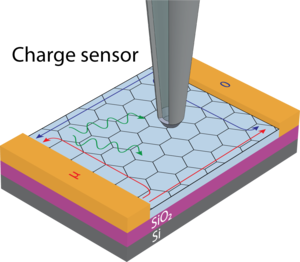 In a previous study, researchers at the Harvard John A. Paulson School of Engineering and Applied Sciences (SEAS) demonstrated the ability to both excite and detect spin waves in a two-dimensional graphene magnet, but they couldn’t measure any of the wave’s specific properties.Now, SEAS researchers have demonstrated a new way to measure the quintessential properties of spin waves in graphene.

As emissions fell over a decade, the number of deaths attributable to air pollution dropped by thousands, yielding billions of dollars in societal benefits 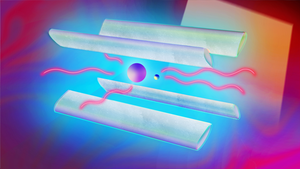 Laser beams can do more than just heat things up; they can cool them down too. That is nothing new for physicists who have devoted themselves to precision spectroscopy and the development of optical atomic clocks. But what is new is the extremely low temperature that researchers at the QUEST Institute at the Physikalisch-Technische Bundesanstalt (PTB) have been able to reach with their highly charged ions – this type of ion has never been cooled down as far as 200 µK before. The team working on this succeeded by combining their established methods which include the laser cooling of coupled ions and methods from the field of quantum computing. The application of quantum algorithms ensured that ions that are too dissimilar for traditional laser cooling to work effectively could be cooled down together after all. This means that we are getting closer to an optical atomic clock with highly charged ions, and this clock might have the potential to be even more accurate than existing optical atomic clocks. The results have been published in the current issue of “Physical Review X”.

Switching to modern cooking fuels like gas or to electricity can improve the well-being of women in the global South, and eventually be connected to falling birth rates, a new study by researchers from the Potsdam Institute for Climate Impact Research shows. This highlights, for the first time, a connection between the global energy transition and the demographic transition in poorer countries. 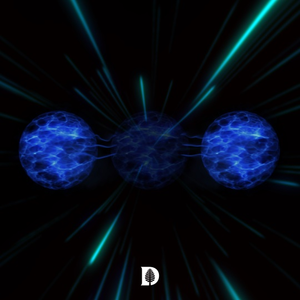 Nearly a century after Italian physicist Ettore Majorana laid the groundwork for the discovery that electrons could be divided into halves, researchers predict that split photons may also exist. The finding advances the fundamental understanding of light and how it behaves. 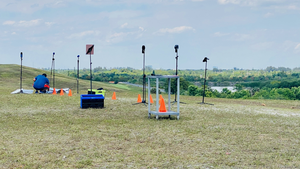 FAU engineering researchers have developed a gunshot detection algorithm and classification model that can discern similar sounds such as gunfire or a plastic bag popping. Discerning between a dangerous audio event like a gun firing and a non-life-threatening event, such as a plastic bag bursting, can mean the difference between life and death. Additionally, it also can determine whether or not to deploy public safety workers. Humans, as well as computers, often confuse the sounds of a plastic bag popping and real gunshot sounds.

In the largest meta-analysis of trials on digital interventions for the treatment of depression, researchers found that computer- and smartphone-based treatments offer a promising method to address the growing mental health needs. However, support from a human is still needed to ensure people adhere to treatment.