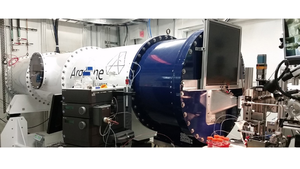 Researchers used the Advanced Photon Source to confirm the discovery of a new phase of metal, made from suspending particles in crystals and programming them using DNA. This new phase may be useful for new technologies.

Journal
Lab on a Chip

Scientists have developed a novel measure of delirium severity that could help improve patient-centered care for delirium. 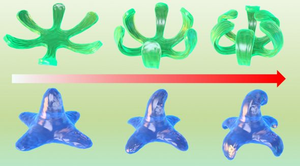 A research team led by Prof. FU Qiaomei from the Institute of Vertebrate Paleontology and Paleoanthropology (IVPP) of the Chinese Academy of Sciences has unravel the past population history of Xinjiang, China, based on information from 201 ancient genomes from 39 archeological sites.

Professional organizations in science, technology, engineering and mathematics (STEM) fields could more effectively collect data on underrepresented groups in their fields, according to a new survey published March 31 in Science. With more robust information, STEM organizations could better target efforts to recruit and retain a more diverse membership.

Ancient genomes recovered from skeletal material found at 39 archaeological sites indicate that the Xinjiang region of China was settled by people with central and eastern Eurasian Steppe ancestry during the Bronze Age, while the region received an inflow of people with East and Central Asian ancestry during the end of the Bronze Age and the start of the Iron Age. The findings by Vikas Kumar and colleagues offer a unique window into population shifts and perhaps the spread of important metallurgical technologies and foods such as barley and wheat through this historically busy crossroads region between east and west Eurasia. After sampling genomes from 201 individuals at the archaeological sites, Kumar et al. conclude that Xinjiang’s Bronze Age (about 5000-3000 years ago) populations were characterized by Steppe, Tarim Basin, and Central Asian ancestry until the late Bronze Age (around 3000 years ago), when populations with East and Central Asian ancestry came into the region. Xinjiang populations became genetically mixed throughout the Iron Age and into the Historical Era (from about 2000 years ago), but a core Steppe component has remained, suggesting some genetic continuity since the Iron Age. This type of continuity is surprising, the authors suggest, since it usually occurs in populations that have been much more geographically isolated than those in Xinjiang.